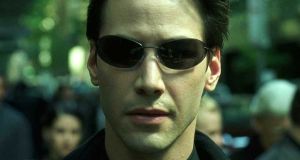 Keanu Reeves is set to return to the world of The Matrix with a fourth chapter now officially confirmed. Lana Wachowski, who created the franchise with sister Lilly, will also return as director along with original cast member Carrie Ann-Moss.

“Many of the ideas Lilly and I explored 20 years ago about our reality are even more relevant now,” Wachowski said in a statement. “I’m very happy to have these characters back in my life and grateful for another chance to work with my brilliant friends.”

The script is co-written by Wachowski alongside the sci-fi novelists Aleksandar Hemon and David Mitchell.

This year marks the 20th anniversary of the original Matrix, which told the story of hacker Neo and his discovery that the world was in fact a simulated reality. It was a surprise hit, making more than $460m worldwide and launching two sequels, The Matrix Reloaded and The Matrix Revolutions. The franchise combined has made more than €1.44 billion.

Rumours of a new film have been circulating since 2017, with Michael B Jordan then touted as a lead. Earlier this year, Lilly Wachowski gave any new iteration her blessing. “I like it when stories go out into the world and then come back to you in different ways,” she told Slash Film. “I mean, that’s what storytelling is all about. I’m part of a bigger thing. I don’t have any ownership over stuff like that, so whatever story anybody wants to tell, I can’t wait to hear. I hope it’s better than the original.”

Since the original trilogy, the Wachowskis have had a number of commercial disappointments, including Speed Racer, Cloud Atlas and Jupiter Ascending. Their Netflix show Sense8 was cancelled after two seasons.

This summer, Reeves scored a global hit with John Wick: Chapter 3 – Parabellum making more than €299 million worldwide. He will next be seen in a long-awaited Bill & Ted sequel. Sources tell Variety that the latest Matrix film will start production in 2020. – Guardian