Rewriting my main character as gay was a real eye-openeer

In the biggest rewrite I’d ever done, Amy became Andrew and the novel took on new depth 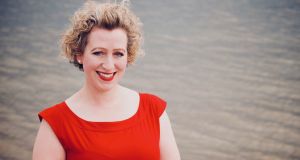 Louise Beech: How had I not known my own character’s truth? I shivered. This was my real story

When I wrote the opening lines to the novel that is now The Lion Tamer Who Lost I didn’t know how intense the journey would be, or that I would learn so much on the trip.

Back in 2010 it began as my second novel, with a working title of The Art of Wishing. My first book, Maria in the Moon, had been routinely rejected by every agent and publisher the year before, but I hadn’t lost faith that I could write something publishable. Something that would fulfil my writing dreams. Change my life. The world. I was excited. I was ready.

I was in for a hell of a slog.

The novel was inspired by a short story I’d written, one that had so many themes and ideas and events crammed into it that a discerning reader said (I imagined in an exasperated tone) that it really should be a novel. He was right. So I extended the brief tale of Amy and Ben, and their intense, 20-year-age-gap relationship, into 90,000 words of family drama, lion rescue, tragic coincidence, betrayal and redemption.

I still felt something wasn’t quite right. I just didn’t know what.

The zillion agents and publishers who rejected it must have agreed with me. I didn’t know what to do with it. I couldn’t put my finger on the problem. Feeling sad, I put it in a metaphorical drawer and got on with my third novel, which if I had known then would also be rejected by every single pair of eyes that beheld it I might have given up and pursued my other childhood dream of being a professional heavyweight boxer.

Luckily, I didn’t, and the boxing industry was safe. For now.

A couple of years ago, after I finally got a book deal with my fourth novel, How to be Brave, I took my poor, misunderstood and complex second novel from its metaphorical drawer. I still couldn’t figure out what mysterious thing I’d missed. A couple of people read it. One of them said to me – and not in a very nice way – “Are you aware that Ben is gay?”

I was a little stunned.

But I realised yes. Yes, he was. He is. How had I not known my own character’s truth? I shivered. This was my real story. My dear Ben now had way bigger problems to deal with in his already tough tale.

So, in the biggest rewrite I’d ever done, Amy became Andrew, and the novel took on new depth. It became what I knew it was supposed to be. Ben’s bigoted father Will now had chance to fully voice his prejudices, and he did so with gusto. The main relationship now faced abuse on a bus and in a circus. Ben had to keep it secret from his dad. He could not be affectionate with Andrew, the love of his life, in public. Not snuggle up to him on a bus. Not hold his hand in the street. Not comfort him on a hospital ward.

During the rewrite, I asked a close gay friend of mine – someone also in a long-term relationship – if he would hold hands with his fiancé in a supermarket. A supermarket seemed the most mundane and everyday place to me, if that seems a weird choice of location. It is somewhere, for example, that I wouldn’t think twice about holding hands with my husband. My friend didn’t answer right away; he thought about it and said probably not because people still stare and tut disapprovingly here in our city.

Holding hands is such a simple thing. Such a beautiful thing. Something most couples take for granted. I do. I don’t even hold my husband’s all the time to be fair, but I know that I can without raising eyebrows or discussion. I realised also that as a straight woman that I’ve never had to come out. To announce sexually who I am. It was simply expected as I grew up that I’d be straight. Move along. Nothing to see here.

The most powerful part of my rewrite was what I had to change; and what I didn’t. While I had to modify the world around Ben and Andrew, amend reactions to their being in love, when it came to letting Amy become Andrew very little work was needed. Her words, actions, feelings and personality metamorphised beautifully into his, like a butterfly. The love between Ben and Amy was exactly the same as when it was between Ben and Andrew. They kissed the same way, fought the same way, went on dates the same way, and supported one another through the challenges of a serious medical condition the same way.

If I had known right away that Ben was gay I wouldn’t have had the opportunity to really understand his journey. In rewriting the novel, I experienced his coming to terms with who he is on every level; emotionally, physically, and mentally. I quite literally lived the book.

The title of my original short story had been The Lion Tamer Who Lost. I called the novel version The Art of Wishing to differentiate between the two. But I had never quite been happy with that either. Both titles worked. Both described the themes. But I felt that The Art of Wishing could be any book, while The Lion Tamer Who Lost could only be mine.

When I got my beautiful, red advance proof copy it was just as thrilling to hold it in my trembling hand as when I received my debut book, and my second one, and my third. Perhaps more exciting in many ways. I proudly showed it to anyone who was interested, and possibly a few who weren’t. One was my dad. I don’t see him very often. We have a history. I didn’t see him for 26 years so it’s not the conventional loving dad/doting daughter thing.

He turned the book over, nodded his mild approval, and read the blurb. He handed it back to me then and said he wouldn’t read “such perversion”. Stunned, I said softly, “So don’t read it then”.

Really, he should be glad it was published, or else he might have had a world heavyweight boxing champion for a daughter ...