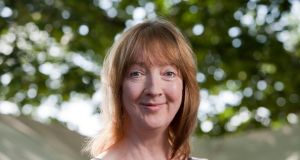 Myths and folk tales seem to be having something of a renaissance today – not just for children, but in adult circles, too. Fairy-tale retellings and reimaginings abound; books, television programmes and movies are dripping with mythical themes.

Perhaps one of the reasons for the particular resonance of such stories today is the fact that we are inhabiting a world in transition: a world which seems to be so often in the throes of crisis – social, cultural, and above all, ecological. And crisis is what many of these old stories have at their heart. But they don’t stop there: their power lies in their capacity to suggest that we not only have the ability to transform ourselves, but to reimagine and recreate the world we find ourselves in.

As a psychologist and mythologist whose work has always explored the ways in which humans interact with the natural world, I’m interested in how we might find specific inspiration for these necessary transformations. Transforming our relationship with nature is a particular priority now, beset as we are by many and multiplying ecological crises which threaten the survival not just of humanity, but of the planet itself. And stories have such power to capture the imagination; the rich and beautiful archetypes and symbols contained within them are capable of inspiring lasting change.

If, as ecofeminists have argued over the past several decades, there are many parallels between the patriarchal suppression of women and the suppression of nature, then a new ecological awareness also calls for a renewed, reinvigorated, positive image of the feminine. It’s no accident, it seems to me, that more and more around the world, women are taking the lead in the environmental movement. And so, in a country in which women’s lives and perspectives have been sidelined for centuries, I’m also passionate about uncovering ways to help us find our voices again.

The good news is that, here in Ireland, we have many powerful female role models in our native traditions. Irish mythology is highly female-centred. Just as in other Celtic-speaking nations, the pre-Christian Irish divine female in her various incarnations was deeply grounded and rooted in place, indivisible from her distinctive, haunting landscapes. Many of these women are manifestations of Sovereignty, a quality of the goddess of the land who was its guardian and protector. Sovereignty, in a sense, was the spirit of the Earth itself, a deeply ecological force.

One of my favourite characters with deep ecological resonance is the Cailleach: the archetypal Old Woman in the folklore of Gaelic-speaking nations (Ireland, Scotland and the Isle of Man) who creates and gives shape to the land throughout all its ages. Here, stories about the Cailleach occur in all regions of the country and are deeply embedded in the landscape. These stories, and the place-names which reflect them, are usually associated with wild and rocky landscapes, with mountains, or places in which ancient dolmens and cairns are to be found – and which she is said to have created.

Stories about the Cailleach also are stories about kinship with the other-than-human world. Many of them tell of the Cailleach’s close affinity with animals, whether domestic or wild: in one old Irish folk tale, for example, she scolds a servant boy for setting out to turn hay on what will become a wet day. He asks how she can be so sure of her weather forecast; she tells him that the scaldcrow and the deer are her reliable advisers. These, then, are stories which tell us that the wisdom of a crow is to be valued just as much as the wisdom of humans – because animals have ways of being in this world which we do not, and so understand things about it which we cannot.

Several old Scottish stories depict the Cailleach as a passionate guardian of the natural world’s balance and resources – especially when it’s necessary to protect it against humans. One such story tells of her preventing Donald Cameron, a hunter in Lochaber, from killing a herd of hinds which she was driving. Seeing him raise his gun, she calls to him: “You are too hard on my hinds, Donald! You must not be so hard on them!” Donald, quick-witted, answers her immediately, saying: “I have never killed a hind where I could find a stag.” He allows the hinds to pass, concentrates ever afterwards on taking just an occasional stag, and the Cailleach never bothers him again.

To create change in the world of the kind that’s needed today, we must change the way we see it, and transform the ways of thinking and behaving which have landed us in the mess we’re in. I believe that ecological archetypes like the Cailleach can help inspire new and more functional ways of perceiving the natural world, the other-than-human beings who inhabit it along with us, and the place of humans in that wider web of life on this planet.

Jungian analyst D Stephenson Bond once used the term “falling out of myth” to describe what happens to individuals when cultural values become intolerable: when the cultural mythology which reflects the collective visions, hopes and fears of the individuals who are born into that culture, not only begins to fail, but becomes actively harmful. And when the old stories we tell about the world and our place in it fail, it’s time to choose new stories to live by: stories in which we see ourselves as an intrinsic part of the world around us.

Many cultural commentators today are calling for the development of new stories to help us reconstruct a more eco-centric worldview, but I would argue that there’s life in our old stories yet. And if Irish women are going to be inspired to find our voices again, and take our place among the many other raised female voices around the world, then folklore about the Cailleach offers us copious examples of a powerful female figure who stands against the exploitation of animals and the land, and who represents an implacable force for maintaining the necessary balance between human needs and the requirements of the wilder world.
Dr Sharon Blackie is the author of If Women Rose Rooted; A Lifechanging Journey to Authenticity and Belonging and a new collection of short stories, Foxfire, Wolfskin, and Other Stories of Shapeshifting Women, published in October (both published by September publishing).