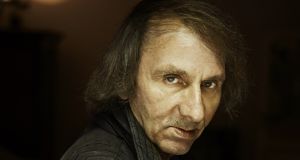 Michel Houellebecq – has the reputation of being a bigoted misogynist. Photograph: Nicolas guerin/Getty

The French writer Michel Houellebecq is a publishing phenomenon. Two of his earlier novels, Atomised (1998) and Platform (2001), sold 300,000 copies in the first, more expensive French editions. The Map and the Territory (2010) won France’s esteemed literary award, the Prix Goncourt.

While Houellebecq is provocative and at times deliberately controversial, his success is not based solely on his ability to shock. He also has a beautiful fluid writing style in French (which translators must find difficult to replicate in other languages) and an uncanny ability to evoke the spleen that for him is at the core of existence.

Occasional anti-Muslim pronouncements and gratuitous descriptions of sex have earned Houellebecq the reputation of being a bigoted misogynist. And yet his star continues to rise, as evidenced by his being awarded France’s top honour, the Légion d’Honneur, by French president Emmanuel Macron earlier this year.

The sales figures for his latest novel, Serotonin, indicate that the French public is still in thrall with Houellebecq. His publisher Flammarion could not believe it when 90,000 copies of the novel sold within two days of publication.

The novel relates the sad tale of the medically depressed Florent-Claude Labrouste, an agricultural engineer working with the French ministry of agriculture, who decides at the age of 46 to leave this well-paid employment and his exploitative Japanese mistress Yuzu to return to Normandy, where he previously worked promoting regional cheeses. He also met the love of his life, Camille, there. The relationship broke up when she discovered he was being unfaithful. Before leaving Paris, Labrouste was prescribed Captorix, a compound based on serotonin, known as the “happy pill”, to deal with his depression.

The inheritance he received from his parents, who died in a suicide pact on the occasion of their 40th wedding anniversary after discovering that the father was suffering from an inoperable brain tumour, means that Labrouste has enough money to survive for quite a lengthy period of time without a regular income. There is little sign of remorse at the prospect of leaving: “I hated Paris; that city infested with eco-friendly bourgeois repelled me”.

The narrative is spliced with negative observations about the current state of the world. Society is “a machine for destroying love”, and, whereas girls might be seen as whores, “a career is a more considerable whore and one that doesn’t give you any pleasure”. Couples are better off if they don’t speak the same language, because, “the vocation of the word is not to create love but to engender division and hatred”.

Much commentary on the novel has concentrated on its depiction of angry protests by French dairy farmers in Normandy who are unable to make a living because of Brussels imposing a model that is unsustainable. His renewed acquaintance with his college friend and landowner, Aymeric, reveals to Labrouste a pent-up anger among farmers that is reaching fever pitch.

In a move that resembles the recent actions of the yellow vest movement in France, the farmers embark on a large public protest that involves blocking the main motorway. When the police arrive, Aymeric puts a gun to his neck and shoots himself. Other farmers, mistakenly thinking that the police have killed their fellow protester, advance angrily towards the cordon, a move which results in several more fatalities.

Still in shock, Labrouste seeks out Camille, who he tracks down quite easily. She is working as a vet and raising her young son as a lone parent. At one point he contemplates shooting the boy, but in the end abandons the idea. He never approaches Camille or tells her of his undying love. He merely observes her from a distance. On his return to Paris, his doctor informs him that he is “dying of sorrow” and recommends he reduce his dosage of Captorix, which is not having the desired effect. He strongly contemplates suicide, realising that he has no chance of finding love or meaning in life.

Houellebecq unveils a French society in flux. As politicians offer no leadership in resisting damaging EU directives, certain interest groups are forced to take matters into their own hands. The novel concludes by acknowledging that suffering is a necessary part of life and that love, though impossible to hold on to, is the only goal worth striving for. Serotonin will undoubtedly be another huge commercial success, but it lacks the intensity of some of Houellebecq’s earlier novels, which is not to say it is anything less than compelling for all that.

Eamon Maher’s most recent book, Recalling the Celtic Tiger, co-edited with Brian Lucey and Eugene O’Brien, is being launched by Fintan O’Toole at 3pm on Saturday October 19 in the Luce Foyer of Trinity Business School.