Ash Before Oak review: Diary with nature, but without a name 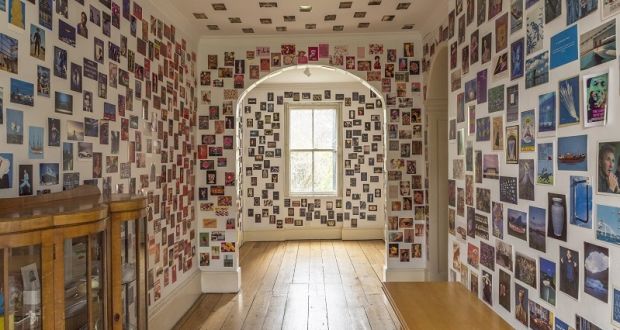 Who is this man, this troubled man whose sombre diary entries we read with curious fascination? We never learn his name because there is no direct dialogue. Names, anyhow, bother him. In an October entry, he writes: “Compulsive, this need to name things, so to give them meaning. I name birds and tools and things, while unable to nail a helpful thought about the personal feelings which most matter to me.”

Later the same month, after searching for mushrooms and identifying the varieties he found, he becomes exasperated: “Naming, naming. Saying nothing.” But he is a fastidious man – writing his considered impressions and the details of his explorations almost daily until times of personal crisis – and might have consoled himself by remembering Dante’s observation that “names are the consequences of things”.

When we first meet him he seems to be sustained by his close observations of nature and the work he is doing to convert some disused cottages into a “to-be-home” but before long an undertow of melancholy emerges like spores of an airborne fungus, tainting everything he does with feelings of doubt and worthlessness.

He records the increasing distance he feels between what he might be expected to do and the way his closeness to nature is changing much of his thinking. “Walking along the mown path through the dell this morning, I thought about the damage gardeners do to natural life with their fetish for tidiness.”

Because he knows the people he speaks about in his diary, he does not elaborate at length about them and we have to intuit much from the fragments of information contained in various entries. Such a device bolsters the feeling that this is an authentic record of a person who has reached a point of profound crisis in his attempt to reconcile himself with the world. Details accumulate.

He is a very materially privileged man. We learn that he worked for Sotheby’s in London and lived there for 30 years. His father was a schoolmaster at Harrow, though he himself had to leave the school for some incident which is only fleetingly referred to.

In London, he befriended many artists. The names given are those of real artists. He thinks often of particular works by these friends and other artists which, combined with his burgeoning depression brings Sara Baume’s equally introspective novel, A Line Made By Walking, to mind. Neither book depends on the likeability of their narrator or the intrigue of plot. Instead, the access to an always questioning, agitated mind is reason enough to keep reading, especially when the writing is so cogent and fine.

Mention of another writer, W.G. Sebald, would seem lazy if the only basis for doing so was Cooper’s inclusion of a few black and white photos, but the complete diary entry for December 17th is: “W.G. Sebald is dead, killed in a car crash.” There are further mentions of that great writer in the days after including the astonishing assertion that “Sebald feels to me a greater personal loss than my father.”

Sebald is undoubtedly an influence on the technique and structure of Ash Before Oak with its mixture of deep, despondent reflection and unexpected historic details. Along the way, for example, we get an account of Tim Warr, a former housemaster at Harrow who played rugby for England and “re-visited time after time during the week of his death the try he had scored for England at Cardiff Arms Park, toppling out of bed onto the floor as he dived in his mind across the line”.

Such digressions appear completely spontaneous within the logic and flow of the diary entries. But almost all of them are primarily concerned with sensitive considerations of nature. He notes the birds he sees, the opening of wildflowers, the onset of life and its decay.

One person accompanies him through much of the book. On August 15th he mentions that Beth Ferendene is building stone walls and laying reclaimed floorboards for him. A friendship develops which becomes an unspecified relationship. She too is vulnerable and a mutual dependence develops which can be both supportive and destructive. They are, in a sense, too well matched and “there’s nothing either of us can do for each other”. The vaguely announced hurt of their different pasts overwhelms their lives in the present.

So who is this man? Jeremy Cooper? Perhaps much of what is contained in this diary-as-novel happened to him. It doesn’t matter. We read it for its own worth and that worth is not contained in a name.