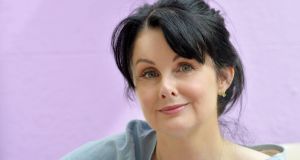 Marian Keyes: the novelist made the remarks as she announced the shortlist for the inaugural Comedy Women in Print Prize. Photograph: Alan Betson

Bestselling novelist Marian Keyes has railed against the sexist attitude that “people don’t expect women to be funny” as she announced the shortlist for the inaugural Comedy Women in Print Prize.

The £2,000 award was founded by the comedian, writer and actor Helen Lederer last year, after Keyes slammed the “sexist imbalance” of the Wodehouse Prize for Comic Fiction. The Wodehouse is the UK’s only prize for funny writing, and has been won by four women in 19 years. Keyes, part of a judging panel for the new award that also features the comedians Katy Brand and Shazia Mirza, said that “we are all so steeped in internalised sexism that we’re not even aware that it’s there”.

“The thing about internalised sexism,” Keyes added, “is that people don’t realise they are approaching things women create with an expectation that they’re going to be not as good or as important or as meaningful as things that are created by men. It’s something I grew up with and it’s taken a lot of conscious work to make sure that, in my own head at least, the playing field is more level.”

Keyes pointed to the change that followed Kate Mosse’s launch of the Orange prize for women’s fiction in the wake of the Booker prize failing to shortlist any female authors in 1991.

“For the last 12 years it’s been incredible, the amount of women who have won. If we need to set up our own prizes to elevate the writing of women, well, it just brings that work more into the public eye, and I suppose by having a prize it engenders respect, and eventually a crossover will happen,” said Keyes. “At the moment people don’t expect women to be funny. That’s nonsense – women know that women are very funny but the official line is that women aren’t funny.”

This is partly down to the subjective nature of humour – and the fact that much of it comes down to identification, believes Keyes. “A man who doesn’t do much of the childcare would not identify with, for example, Why Mummy Swears. Whereas women find it so funny and respond with gratitude. A lot of men genuinely can’t identify, or are told not to identify, with what women write.”

Keyes had the same experience, growing up, with certain books by male writers. “I remember reading Tom Sharpe and thinking, ‘Why is this funny?’ It was the same way with clever books. I’d be told to read Philip Roth or John Irving or David Lodge and so much was about these creepy middle-aged professors having flings with their students and I’d be thinking, ‘Why is this meant to be a good book? I despise everyone in it, I identify with no one and yet I must be the stupid one.’ So absolutely we have always been taught that men are the funny ones, men are the clever ones.

“This isn’t an anti-man rant. There are many talented men writers. But they’re not in the majority. I think across the board it’s pretty much equal but it’s about what we’ve been taught to expect from what we read,” she said.

The winner will be announced on July 10th, alongside the winner of the Comedy Women in Print Prize for an unpublished writer, which comes with a publishing contract and £5,000 advance from HarperFiction. The unpublished runner-up will receive a free place on the University of Hertfordshire’s creative writing MA course. – Guardian