After 16 years in Stradbally, Body & Soul is withdrawing to concentrate on its own festival in June 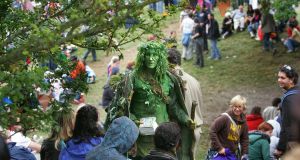 The founders of Body & Soul, which has been a staple of the Electric Picnic festival line up for many years, have announced they are ending their relationship with the Co Laois festival.

A desire to concentrate on the central idea behind Body & Soul – creating an intimate and collaborative festival of the future – is behind the decision, Body & Soul founder Avril Stanley told The Irish Times on Monday.

“The larger festival doesn’t really facilitate that kind of experience in truth, but it’s more of a personal decision to want to work towards bringing back a fresh energy and perspective” to their own festival, she said.

After 10 years as one of the key elements of the Electric Picnic festival, Body & Soul had decided to “step back from our presence and 16-year partnership with Electric Picnic” to concentrate on its own decade-old standalone independent festival, in Ballinlough, Co Westmeath, over the June solstice.

“Festivals are constantly evolving and within that we have a growing appreciation for less is more, as an antidote to an increasingly busy world. Hopefully others feel the same” said Ms Stanley.

For 16 years the mini-festival of wellness, art and music, within the larger Picnic festival in Stradbally, Co Laois, has been a hugely popular area of the expanding festival.

Electric Picnic started as a one-day “boutique” festival in 2004 with a 10,000 capacity. Within a year it was a full weekend. Capacity had jumped to 32,000 by 2013, and last year 55,000 people attended. Last week Picnic promoter Melvin Benn announced festival capacity is expanding again for 2020, to 70,000. Tickets released for next year’s Picnic sold out on Monday.

The changes could be deemed “more bodies, less soul”. However, Ms Stanley said “it’s more about where we want to go as a stand-alone festival than EP’s evolution. Their growth and the inevitable changes that come with that has certainly encouraged us to reflect on what’s important and how we want to show up in the festival landscape, what sets us alight and keeps us inspired”.

“We want to work towards bringing back a fresh energy and perspective to Body & Soul at the summer solstice festival in Ballinlough, Co Westmeath, and for our new winter festival Ériu,” said Ms Stanley. “We are adding a new sense of purpose to our festival pillars of sustainability, wellbeing, creativity, culture and family and we hope to focus all of our efforts in bringing something different to the landscape of Irish festivals into the next 10 years.”

The Body and Soul area at next year’s Electric Picnic, which takes places from September 4th to 6th, will be replaced by a new Mind and Body section. The Mindfield section of the arena will move further away to accommodate expansion in the size of the main arena. The full Picnic line-up will be announced in March 2020.