The best of photography, painting, and installations from around the galleries 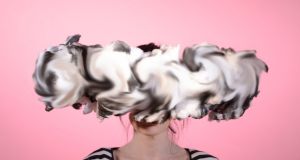 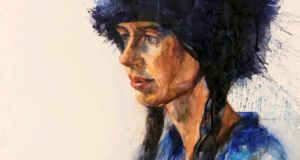 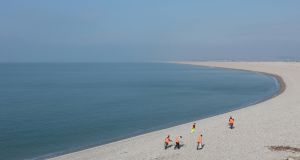 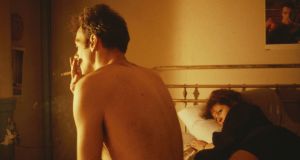 The Water Colour Society of Ireland was founded back in 1870 and, in the years since, its annual exhibition showcases all the wonderful things this delicate and tricky medium can produce. Sure you can have a little sweepstakes with your friends guesstimating the number of pictures of Florence and Venice, but you can also enjoy some seriously strong works of art. Aine Divine, who wowed on Sky’s Portrait Artist of the Year, is an award winner here, and there’s a lot more to see besides. Gemma Tipton

You can rely on some artists to ferret out interesting things, research anomalous situations and then give us those “the world is a damn strange place” moments. Dara McGrath is one such, and his current project draws on a UK ministry of defence report from 2011 that assessed risk of residual contamination from chemical and biological weapons from the first World War to the present day. With more than 4,000sq km of the landmass in the UK put for military use in the 20th century, England’s green and pleasant land may never look the same way again. GT

Every new installation by Aideen Barry these days seems like an invitation to fall, Alice in Wonderland-like, down a rabbit hole of amazingness, and come up smiling. Here, tiny drawings merge with mini projections that also cast colourful dramas on the walls. Lose your head in Barry’s clouds, forgive the exhibition handout for the phrase “heteratopic inbetweenness”, and go back a second time to double check it really is as brilliant as you first imagined. Yes it is. GT

You still have a couple of weeks to get up to Imma and see Nan Goldin’s Ballad of Sexual Dependency, installed as part of her larger exhibition. Originally performed as a slide show in 1985, it’s a sequence of almost 700 of Goldin’s photographs, showing friends, lovers and clubbers as Berlin, Boston and New York discovered the highs of the club scene, and the ravages of domestic violence, drug abuse and Aids. Despite the dark side, it’s also a glorious celebration of love and difference, with a soundtrack that runs from Maria Callas to the Velvet Underground. Give it time, watch the whole thing, and come out deeply moved. GT

Not too hot, Not too cold – Noel McKenna

The Nasa term for planets that might support life (not too hot, not too cold) is “Goldilocks planets”. Noel McKenna’s worlds, painted on plates, ceramic tiles and canvas are both familiar and strange. McKenna paints in that flat oil style that’s very fashionable in art world circles right now, though there’s also a timeless fairytale quality to his naive-seeming pink houses and domestic scenes, in which animals play starring roles and it’s easy to imagine stories unfolding far beyond the edges of the paint. GT