How a magazine became a piece of experimental art

Art in Focus: ‘Aspen 5+6’ is an exhibition in a cardboard container rather than a gallery 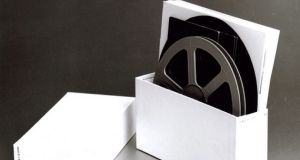 Issue 5+6 of Aspen magazine: edited and designed by Brian O’Doherty in 1967, it challenged the idea of magazines and art. Photograph: © Aspen Magazine/Authors

Aspen 5+6 is a double issue of the experimental magazine which appeared in just 10 instalments between 1965 and 1971. The double issue was edited – add devised and curated –by the Irish artist and writer Brian O’Doherty, by then based in New York. Known as the Minimalism issue, largely because of its minimal, even austere design aesthetic, it actually reflects O’Doherty’s considered fascination with art theory and conceptual art. It marks a cultural shift away from material to concept, with elements of the institutional critique that informs O’Doherty’s subsequent, celebrated essay Inside the White Cube. Aspen 5+6 is recognised as the high point of the publication and aptly described as a conceptual art exhibition – an exhibition in a cardboard container rather than a gallery.

For most of its relatively short publication history, Aspen came in a box rather than between two covers. O’Doherty devoted a year to putting together a remarkable collection of 28 items, all of which are accommodated in twin white boxes. It includes a landmark commissioned Roland Barthes essay on the death of the author, Susan Sontag on The Aesthetics of Silence, a recording by Marcel Duchamp (who O’Doherty had come to know), Beckett’s Text for Nothing #8, recorded by Jack McGowran, and works by Sol LeWitt, Dan Graham, Mel Bochner, John Cage, William Burroughs and several others, with an introduction by O’Doherty himself writing under one of his many aliases (he was, most famously, Patrick Ireland).

Difficult, given that editions of Aspen are scarce, fragile and valuable. So that unless you spend a very substantial sum and happen to find one for sale, you cannot experience Aspen 5+6 as did the original subscribers. Though as part of the 1960s-orientated exhibition Coast Lines at IMMA (Until September 30th), in which Aspen 5+6 is one of the key pieces, Julie Martin, the director of Experiments in Art and Technology (EAT), founded in 1967, performed an “unboxing” of the publication in December with NYU professor Melissa Rachieff. A video documentation of the event will become part of Coast Lines during January.

It’s typically untypical for such a renaissance figure. O’Doherty’s career has encompassed a bewildering breadth of activity, from his signature rope drawings to performance to his theoretical writings to a Booker short-listed novel, all united by an interrogative, searching intelligence. The invitation to create an edition of Aspen reflects his high standing in the avant-garde art community. That such a thing was possible at all is down to the enterprise of Phyllis Johnson, an ex-editor of Women’s Wear Daily. She came up with the idea while participating in the International Design Conference at Aspen, Colorado (she was a regular visitor to the skiing resort) in 1965. She was clear in her aims, looking to that term magazine as “a storehouse, a cache, a ship laden with stores. That’s what we want each issue to be.” As time went by, funding became problematic, but it remains a key cultural experiment.