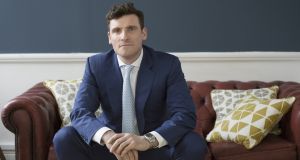 Living in London is a bit like a home away from home for Barry O’Neill, founder and managing partner of treasury and risk management company Clear Treasury. O’Neill moved to London in 2004 and credits having a few friends there already and a strong network of Irish people for helping make his move easier.

“You have the best of both worlds really because Dublin is so accessible and you can go back so often. I know many friends commuting back and forth,” he says.

There were opportunities in Dublin that O’Neill could have applied for, but he decided to make the leap to London as there was a greater variety of positions available.

There was “a lack of front office banking roles in Dublin”, he says. “For what I was looking to do, there were three to five jobs available there, whereas over here [in London] there were maybe 20-30 opportunities available. Having London, one of the biggest financial capitals of the world, on your doorstep opens up a lot of opportunities, he says.

He started working with a UK broker in a front-of-office dealing role, which “was a lot of fun”. Not many of his colleagues had worked with anyone Irish before, but they found “there are a lot of similar characteristics between the English and Irish” and he still counts some of them among his closest friends.

O’Neill made his next move to working for an Irish bank in London. The bank later closed its treasury division, where O’Neill was working.

“Every cloud has a silver lining,” says O’Neill who, along with some colleagues from the bank, saw an opportunity and a gap in the market. They were able to use their experience from the bank to “offer clients an insight into how to manage currency risk from an independent point of view”, O’Neill says.

The company now has more than 350 corporate and 700 private clients and is going from strength to strength.

“Here we are, six years later, from a flat start to turning over significant amounts.”

There are many things O’Neill found familiar when he moved to London, but one aspect of the business culture he found very surprising.

“They drink a lot more during the day here than they would at home,” O’Neill says. “I think they would have the perception of us that we drink,” he says, joking that at first he thought it was a trick. “At lunchtimes it is incredible the culture of drinking here.”

Opportunities available for Irish people in London have evolved, says O’Neill. Traditionally, Irish people worked in construction-related industries but this has changed and Irish people are employed across a number of sectors.

“UK businesses have had really good experiences with Irish staff and I think that paved the way for future generations of Irish people,” says O’Neill.

A degree from an Irish university is seen as “on a par” with any one coming from a UK university, he says. “We’re a skilled labour force, we are very good at what we do, we are dedicated, we speak the language.”

O’Neill says there are many Irish entrepreneurs and business people in London who are doing well. How people reacted to the financial crash led to their success. “After the financial crash and the property crash at home, people were backed against a wall but they came out fighting and fighting in quite a strong way and the entrepreneur came out,” he adds.

While many things about London will be familiar for Irish people moving there, it is still daunting and it is an expensive city to live in, particularly until you have a regular pay cheque. O’Neill advises anyone about to move to London to do as much research as possible and make contacts before leaving Dublin.

“I would encourage anybody to do a lot of the donkey work beforehand,” he says. “Use the internet as a massive tool, resource what area are you looking to get into and try and have telephone interviews with these people from Dublin.”

O’Neil says he has seen people move over and spend a few weeks enjoying the city and making contacts only to run out of money before they have landed a job.

In terms of the future of business in London with Brexit looming and its potential impacts, O’Neill says that no one is sure what will happen. “We are going into a world of the unknown in the UK. It is into an abyss, in a sense.”