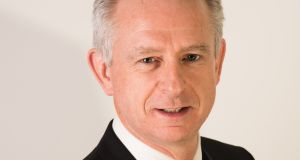 Mike Cleary: “What I care about is building great companies and great teams.”

Raised in Coolock in Dublin, Mike Cleary was already very successful in both Ireland and America before he was appointed chief operating officer of Australian Energy Market Operator in March 2012.

AEMO is an electricity and gas transmission and market operator that manages the power and gas grids and wholesale markets across Australia, but there was a lot of learning to do before he got to that point.

Cleary joined the ESB straight from school in 1982 when he was 17.

“I joined as a level one clerical officer. They put me through college at night, to do a professional accounting degree. I’ve never actually worked for an accounting firm though. I’ve worked in engineering all my life, through electricity, manufacturing and consulting,” he says.

The ESB and Accenture (the management consulting company where he later worked) were great training grounds.

“I got great opportunities to do some wonderful things across IT, metering, distribution, transmission. I learned how the whole system worked.

“Studying at night is where my work ethic came from. I’d start at five in the morning with a couple of hours study, then go to work, study at lunchtime and straight off to college in the evening. Then I’d study for another couple of hours when I got home. I did that for six years. These days I still send emails at 5am.”

The path from Coolock to his office in Melbourne was about taking opportunities.

“I’d love to be able to tell you that I had a grand plan, but it was more of an accident than design. It really came down to the mentors in my life who gave me the opportunities to do these things. The first of them was Pat Keohane, who was president of a company called Banta Global Turnkey.

“After I left the ESB, I was working for him as head of strategy and one day he said he needed me in Texas to build three factories. I still have a house there.”

He later worked on a $500million electricity project in the state, and Texas appreciated his work. In 2009, Cleary was commissioned as an admiral of the Texas navy by then governor Rick Perry in recognition of his service.

“I thought I was getting a submarine and an aircraft carrier,” Cleary says with a laugh, “but it’s one of these honours that can be bestowed on you by the state. I thought I might be getting an M-16 rifle as well, but no.”

In between stints in Texas, Cleary worked on the Pennsylvania-New Jersey-Maryland Interconnection, or PJM, the grid operator for electricity on the US east coast.

“My mentor there was a man called Phil Harris, who taught me a lot of what I know about electricity and gas markets and grid operations, which is the role I work in now in Australia.”

When the opportunity to move to Australia came up in 2012 – again through a personal connection – Cleary did not hesitate.

“That hit straight into my values, because I’m a big believer in doing something you care about with people you care about, and what I care about is building great companies and great teams.”

Cleary finds the business cultures in Australia and Ireland are very similar.

“It really comes down to the work ethic and the people and their attitude towards work. In Australia and Ireland it’s very similar, but the US was a big shock to me. I’ve seen more cultural differences between government-type entities, consulting-type entities, industrial-type entities and commercial-type entities, as I have across the three countries.

Though the improvement in the Irish economy means there are fewer people now leaving, Cleary says those thinking about emigrating should consider Australia.

“The kids coming out of college these days are scary smart. One of my favourite things to do is to be part of our graduate programme, where you see some of the kids we’re getting out of college. They’re just so sharp and so smart that the opportunities are endless.

“The way to tap into it comes down to values and attributes. You have to be doing something you care about. You spend too much time at work and with the people at work [to not care about it and them].

“The second thing is, the secret taught to me by my mentors – you get good people, you put them with other good people, you ask them to do good work and then you get out of their way and let them do it. Once you create that environment, people prosper. There are huge amounts of opportunities out there. The kids are smart and capable of doing it, they just have to accept that it’s not about them, it’s about building great companies.”