When nudging staff pushes them to do more

Is using behavioural science to get staff to do more encouragement or manipulation? 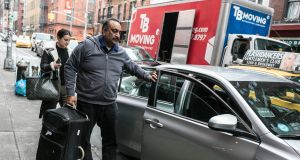 A recent New York Times article on how Uber is using various insights from behavioural economics to push its drivers to pick up more fares is one of several recent stories that have cast the company in a poor light.

Like many tools, behavioural economics can be used in good and bad ways. The discipline is based on the assumption that humans are characterised by fallible judgment and malleable preferences and behaviours, can make mistakes calculating risks, can be impulsive or myopic, and are driven by social desires.

It then combines insights from the fields of psychology, economics, judgment and decision-making, and neuroscience to understand, predict and change human behaviour in ways that are more powerful than any one of those fields could provide on its own.

Uber has been using such insights to influence drivers’ behaviour. As Noam Scheiber writes in the Times article, one approach compels drivers toward collecting more fares based on the insight from behavioural sciences that people are highly influenced by goals. Uber alerts drivers that they are very close to hitting a precious target when they try to log off and sends drivers their next fare opportunity before their current ride is over.

Now let’s return to the question of when are nudges good and when are they bad. Are the nudges used to benefit both parties involved in the interaction or do they create benefits for one side and costs for the other?

As Richard Thaler and Cass Sunstein argue in their influential book Nudge, three guiding principles should be on top of one’s mind when designing nudges: Nudges should be transparent and never misleading; easily opted out of; and driven by the strong belief that the behaviour being encouraged will improve the welfare of those being nudged.

That’s where the line between encouraging certain behaviours and manipulating people is found. And that’s also where I see little difference between applying behavioural economics or any other strategies or frameworks for leadership, talent management and negotiations.

We always have the opportunity to use them for good or bad.

If the interests of a company and its employees differ, the organisation can exploit its own members as Uber appears to have done. But there are plenty of situations where the interests are aligned – the company certainly benefits from higher levels of performance and motivation, but the workers do, too, because they feel more satisfied with their work.

And that is where I see great potential in applying behavioural economics in organisations: to create real win-wins.

Francesca Gino is a professor at Harvard Business School and a faculty affiliate of the Behavioral Insights Group at Harvard Kennedy School. She co-chairs an HBS executive education programme on applying behavioural economics to organisational problems.

Companies should not use the climate crisis as a scapegoat 05:30
‘The only time I saved money was some coins in my first piggy bank’ 05:20
State-backed Finance Ireland weighs stock market flotation in 2020 04:30
Phil Hogan to address business leaders at IDA event at Davos 04:15
Ireland has fifth-largest number of billionaires per capita in the world, says Oxfam 04:15