What have other cities done to curb the rise of Airbnb?

Paris wants to ban it altogether, Barcelona is building an enforcement squad, while Toronto’s new rules have been delayed by a year

Minister for Housing Eoghan Murphy is said to be readying rules aimed at curbing the loss of properties from the long-term rental market in Dublin. 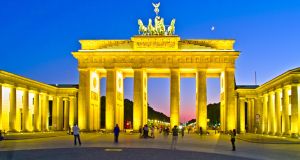 Berlin has limited the number of days a property can be let out.

Minister for Housing Eoghan Murphy is said to be readying rules aimed at curbing the loss of properties from the long-term rental market in Dublin. What have other cities done to curb the impact of Airbnb on their housing markets?

Like Dublin, Toronto has a very tight housing market, with a vacancy rate of less than 1 per cent. It’s also Canada’s most expensive rental market, and to combat this and bring more supply to the market, last December Toronto County Council announced new rules for short-term lettings, defined as less than 28 days. These include requiring short-term rental operators to register, and also restricted homeowners to letting rooms in their main homes, banning the listing of “secondary suites” such as basement apartments, which are a popular form of accommodation in the city. In addition, those offering their entire home can only do so 180 days per calendar year.

The new rules were supposed to go into action on July 1st, but have been beset by delays. An appeal to the new rules is not likely to be heard until August 2019.

It’s the biggest tourist market in the world, and no surprise then that Parisian authorities are keen to limit the growth of the short-term rental market in the city. Indeed, Airbnb currently shows more than 50,000 listings in the city.

Ian Brossat, the communist city council member in charge of housing, wants to ban Airbnb outright from the city’s first, second, third and fourth arrondissements, home to many of the top tourist attractions.

Paris already requires hosts to register with the city, limits short-term lettings to a maximum of 120 nights a year, and imposes fines on illegal rentals – so far in 2018 it has issued fines of €1.4 million.

The Catalan city has also gone down the road of requiring hosts to register with the city – but it is also putting some muscle behind this rule, with the intention of building a 100-person enforcement squad to track down unregistered Airbnb hosts.

The city now wants tourists to check if the listing they want to rent is legally registered with the city via this website, and has called on locals to report unregistered hosts.Under its “Fair Tourism” campaign, the city says it has closed down more than 2,000 illegal tourist beds.

In July, New York’s mayor Bill de Blasio signed a law which will require Airbnb and other short-term letting platforms to hand over the names and addresses of its hosts in the city or risk a $1,500 fine. The city’s plan is then to use this data to crack down on short-term rentals. The legislation is due to come into effect in early 2019.

The city all but banned short-term rentals back in 2016, but in March voted to overturn this. Residents will be allowed to let out a room in their home via the portal as often as they want, and, crucially, will again be allowed to rent out otherwise vacant properties. To prevent too many of these eating up supply in the long-term rental market, the city’s authorities have limited the latter to 90 days a year, while other rules apply around getting a permit, with maximum fines of as much as €500,000.

San Francisco has taken a dual-pronged approach to curbing Airbnb, which was founded in the city. In 2014, it limited lettings of vacant properties to 90 nights a year, although allowed people rent a room in their home year round. Since January it has also required hosts to register with the city for a $250 fee. The moves appear to have had the desired impact; Airbnb shows about 12,000 listings for the city, compared with the 50,000-plus for Paris.

Airbnb only arrived in Japan last year, but has already announced restrictions. It required hosts to register their listing by June 15th last, and display their licence number on their listing page. However, not everyone did so, and the Japanese authorities forced the property portal to cancel some bookings as a result. Other restrictions include a limit on lettings to 180 days a year.