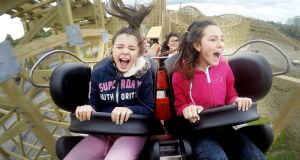 An Bord Pleanála has refused planning permission for a €14 million steel roller-coaster for Tayto Park over noise concerns.

In a blow to expansion plans at Ireland’s largest theme park, the appeals board has refused planning permission for ‘Coaster 2021’ in response to objections by four nearby residents.

Meath County Council gave the plan the go-ahead in February.

Tayto Park, in response to the decision, said that it was very disappointed by the refusal and went on to say that “we believe that our planning application and response to the objections raised to An Bord Pleanála addressed every concern raised.”

Tayto park said that the proposed €14 million development would now be delayed.

Local residents Jeremy Butcher and Suzanne Galwey along with Donal Greene and Clare Smith had appealed Meath county council’s backing of the plan to An Bord Pleanála.

In their joint appeal, they claimed that the anticipated screaming by passengers on the roller coaster would increase noise disturbance in the area.

The appellants’ dwellings are located 480 metres to the north east of the theme park.

In its ruling, the appeals board has refused planning citing noise impact on the residents from ‘Coaster 2021’ as the primary ground for refusal.

The board aid that having regard to the location of the roller-coaster in close proximity to residential dwellings the board was not satisfied that the roller-coaster “would not seriously injure the amenities of property in the vicinity by reason of noise”.

The board made its refusal following a recommendation from its inspector to refuse permission .

As part of her on-site inspection on June 7th, the inspector noted the ‘rattling’ and ‘screaming’ sounds from the park’s existing Cú Chulainn roller coaster.

The appeals board also refused planning after stating that it was not satisfied that the proposed development would not be at the risk of flooding.

The board also stated it was precluded from granting planning as it was not satisfied that ‘Coaster 2021’ would not be likely to have a significant adverse effect on the EU protected site – the River Nanny Estuary and Shore Special Protection Area (SPA).