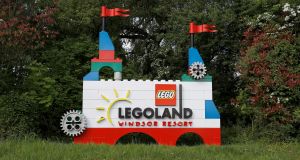 The consortium said on Friday morning it would pay 455p in cash per Merlin share, a premium of 15 per cent over its closing price of 395p on Thursday. At that level, the offer will value Merlin shares at more than £4.7 billion. The company has net debt of about £1.2 billion, giving it an enterprise value of close to £6 billion.

The transaction will see Kirkbi, the investment vehicle of Lego’s founding family, which owns close to 30 per cent of Merlin shares, team up with Blackstone and Canadian pension fund CPPIB. Among its holdings, Kirkbi owns a 75 per cent stake in Lego.

Merlin shares jumped 14 per cent in early trading on Friday. The deal marks one of the largest European buyouts in recent history and comes at a moment when private equity funds are flush with cash and looking at bigger targets.

It also comes a month after US activist hedge fund ValueAct said the market was undervaluing the business and that Merlin should seek a buyer to take it private.

In an open letter to the chairman of Merlin, ValueAct said “private ownership is simply better placed than current public shareholders to underwrite the investments Merlin must make”. The hedge fund owns just over 9 per cent of Merlin’s stock.

Shares of Merlin, which have climbed by more than a 10th since ValueAct’s public agitation for a sale, remain below an all-time high set in 2017.

Merlin’s roots date back to 1979 and its opening of an aquarium in Scotland. The group expanded across Britain and continental Europe before its management group led a buyout of the company in 1999.

It then changed hands in 2004 and 2005, first to private equity group Hermes and then to Blackstone and Kirkbi. In 2013 it was listed on the London Stock Exchange at 315p per share. A serious accident on a rollercoaster at its Alton Towers attraction in 2015 and the London terror attacks in 2017 – it also operates the London Eye – both caused sharp drops in the share price.

The consortium said on Friday that its “unique group of investors is equipped with the appropriate long-term investment horizon, expertise and capital required to realise the company’s potential”.

Soren Thorup Sorensen, Kirkbi chief executive, said: “As the long-term owner of the Lego brand and as a strategic shareholder in Merlin since 2005, we have great pride and passion for this amazing company, its management team and its employees. We are committed to ensuring Legoland and the other activities in Merlin reach their full potential, which we believe is best pursued under private ownership.” – Financial Times