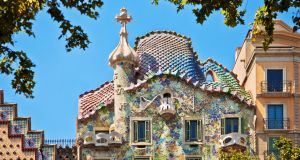 Barcelona is one of ten cities seeking more help from the EU in their battle against Airbnb and other holiday rental websites. Photograph: iStock

Ten European cities have demanded more help from the EU in their battle against Airbnb and other holiday rental websites, which they argue are locking locals out of housing and changing the face of neighbourhoods. In a joint letter, Amsterdam, Barcelona, Berlin, Bordeaux, Brussels, Krakow, Munich, Paris, Valencia and Vienna said the “explosive growth” of global short-stay lettings platforms must be on the agenda of the next set of European commissioners.

The cities’ protest comes after the advocate general of the European court of justice found in non-binding opinion in April that Airbnb should be considered a digital information provider under EU law rather than a traditional real estate agent. That status, if confirmed by the court, would allow Airbnb and similar platforms to operate freely across the bloc and, crucially, relieve them of responsibility to ensure that landlords are complying with local rules aimed at regulating holiday lets.

“European cities believe homes should be used first and foremost for living in,” the cities said in a statement released by Amsterdam city council.

“Many suffer from a serious housing shortage. Where homes can be rented out more lucratively to tourists, they vanish from the traditional housing market.”

The cities said that local authorities must be able to counter the adverse effects of short-term holiday lets, such as long-term rents soaring beyond the reach of most residents and the continuing “touristification” of neighbourhoods, by “introducing their own regulations depending on the local situation”.

“We believe cities are best placed to understand their residents’ needs,” they said. “They have always been allowed to regulate local activity through urban planning and housing rules. The advocate general seems to imply this will no longer be possible when it comes to internet giants.”

After several years of strong growth, Airbnb currently has more than 18,000 listings in Amsterdam and Barcelona, 22,000 in Berlin and nearly 60,000 in Paris. .

Data from the campaign group InsideAirbnb suggested last year that more than half were whole apartments or houses, and that even in cities where short-term lets are restricted by local authorities, up to 30 per cent were available for three or more months a year.

Dublin has more than 6,000 Airbnb listings, which from July will be subject to a regulatory structure for the first time. Under the new new guidelines, hosts with properties located in rent pressure zones must either register with their local council or apply for change-of-use planning permission. Registrations are limited to people either renting out a room in their home or letting their entire home for 90 days or less.

Although speculation and poor social housing provision are also factors, many cities say the short-term holiday lettings boom is contributing to soaring long-term rents: Palma de Mallorca last year voted to ban almost all listings after a 50 per cent increase in tourist lets was followed by a 40 per cent rise in residential rents. Like Dublin, many are now trying to take action: in Paris, landlords face a fine if they fail to register with city hall before letting any property short-term (although many do not), while Amsterdam has tried to cut its annual limit for holiday lets to one month in 12 and Barcelona last year suspended all new short-term rental permits.

But the city authorities now fear that the EU’s attempts to promote e-commerce and the “sharing economy” across the bloc are actively impeding their efforts to ensure that neighbourhoods remain both affordable and liveable for residents.

“The cities are not against this type of holiday rental,” they said.

“Tourism provides a city with income and jobs. They do think they should be able to set rules.”

In particular, they are concerned at the implication in the advocate general’s opinion that the platforms are not obliged to share information about holiday lets that would make it much easier for cities to ensure local regulations are observed.

“We need strong legal obligations for platforms to cooperate with us in registration schemes and in supplying rental data for the properties on their platforms,” they said, adding that where platforms claimed they were willing to cooperate, “in practice they don’t, or only do so on a voluntary basis”.

Airbnb said in April it welcomed the advocate general’s opinion, which it said gave “a clear overview of what rules apply to collaborative economy platforms and how these rules help create opportunities for consumers”.

It insisted it wanted to “continue working with everyone to put locals at the heart of sustainable 21st-century travel”.

But Ian Brossat, the deputy Paris mayor in charge of housing, said the situation had deteriorated to such an extent that “in the four central arrondissements of Paris, a quarter of all properties are now no longer homes, but purely short-term rentals for tourists”.

Mr Brossat said the city had put new rules in place and the number of Airbnb rentals had stabilised, but “now Airbnb is turning to the [European] commission, and appealing to a law that is obviously extremely favourable to its activities. Our local rules are effectively threatened by the European Commission. ”

“We need the European Union to be on the side of residents, not these big companies.” – Guardian service