Cantillon: Passenger numbers through the airport fell by 8% to 1.7m in 2019 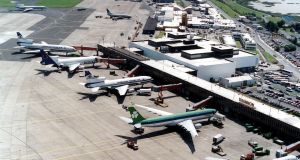 The update from State-owned Shannon Group yesterday on its performance for 2019 was something of a mixed bag.

Its commercial properties unit and heritage arm both recorded strong growth but Shannon Airport experienced its first drop in passenger numbers since 2013, the year it gained full independence from DAA, which operates Dublin and Cork airports.

Its portfolio of eight visitor attractions in counties Clare, Galway, Limerick and Dublin, saw visitor numbers increase by 4 per cent to 963,285.

Last year it took over the Casino Model Railway in Malahide, Co Dublin while also officially opening a new attraction, Newbridge House and Farm, on behalf of Fingal County Council.

The group also attracted 15 new indigenous and overseas aviation businesses to the region, and invested more than €33 million on capital projects.

Its highest profile asset is unquestionably Shannon Airport, which had a disappointing year with passenger numbers declining by 8 per cent to 1.71 million. That’s back to the level recorded in 2015 and a long way off the 2.5 million annual passenger target set by chairman Rose Hynes at the time of its independence.

This decline was due in part to the global grounding of the Boeing 737 Max jet, which led to the cancellation of 13 weekly transatlantic services during the peak summer season and the loss of 120,000 seats from its schedules, mostly affecting flights operated by Air Canada and Norwegian Air.

The year also saw the ending of Kuwait Airways’ transit flights through Shannon to New York, which was secured in June 2016.

This vulnerability to external events begs the question as to why Shannon Airport is better off bundled with a model railway in Malahide, a farm in north county Dublin, Bunratty Castle and an eclectic mix of technology parks across Munster rather than the other State-owned airports in Dublin and Cork.