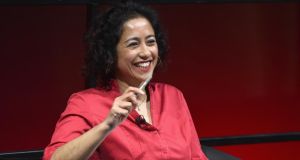 Samira Ahmed: her claim against the BBC centred on the difference between the £440 she was paid and the £3,000 a male presenter was paid for hosting very similar programmes. Photograph: Tabatha Fireman/Getty

There’s nothing like legal cases involving journalists to raise the media profile of a particular issue or ill. This week it was the turn of both age discrimination and sex discrimination, with executive television producer Anne Roper winning her age discrimination case against RTÉ, and presenter Samira Ahmed triumphing in her equal pay tribunal versus the BBC.

Both rulings were welcomed by the National Union of Journalists (NUJ), which later expressed its dismay at RTÉ’s decision to appeal. Both are also expected to trigger a flurry of new cases that could be costly to the respective public service broadcasters.

The Roper case is straightforward. In July 2018, she was obliged to retire at the age of 65 despite requests to continue working for RTÉ for a further 18 months. While compulsory retirement ages are permitted by law, they must be “objectively justified”. The Workplace Relations Commission, concluding that in Roper’s case it was not, has ordered RTÉ to pay €100,000 in compensation.

RTÉ lost the case in part because it was not one rule for everybody. “Compared to several other employees who, when they reached age 65, were permitted to continue working, the complainant was treated less favourably,” the WRC ruling said. Further actions are now “inevitable”, according to the NUJ.

Ahmed’s case related to the difference between the £440 she was paid for presenting Newswatch and the £3,000 that a male presenter, Jeremy Vine, received for hosting the highly similar programme Points of View.

The employment tribunal concluded that the BBC failed to “rebut the presumption of sex discrimination that arose when she proved her work was like his work and that she was paid less than him”.

It had little truck with the BBC’s suggestion that Vine deserved to be paid more because he was, they claimed, a “cheeky” entertainment talent, rather than a serious journalist like Ahmed. In an amusingly blunt judgement, it dismissed the idea that it required any particular skill or experience for Vine to “roll his eyes” when the Points of View script demanded he do so.

What both cases have in common is fairness, and also the courage required of Roper and Ahmed for taking them in the first place. Those who suffer their effects have long known the financial impact of ageism and sexism. On occasion, employers find out all about it too.