Birds, mammals - and even one recorded fish - can cause serious issues 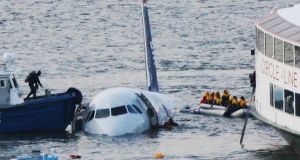 Dublin Airport is inviting companies to develop new solutions to address the challenges it faces from wildlife activity on the airfield.

The issue of birds and small animals around aircraft is a headache for safety personnel at airports all over the world.

Although Dublin Airport has had a “robust” system in place to combat the problem for decades, it is inviting ideas for the use of “smart, low cost and innovative technology” that will further reduce the risk posed by wildlife.

“We’re predominantly talking about birds,” a spokeswoman for the airport said. “Birds can cause serious problems to aircraft. We remember the Hudson River event with the geese. It’s an issue all airports have, be it with birds or other small animals.”

US pilot Chesley Sullenberger was hailed a hero in 2009 for landing a passenger jet in New York’s Hudson River after a flock of Canada geese travelling at 50mph were sucked into the plane’s engines, causing them to fail at 3,000 feet.

All 155 people on board escaped alive and unhurt.

“Birds nest on the airfield,” said the spokeswoman. “We have a grass management plan in place that dictates how long we can grow it. We have a consultant ornithologist we retain who goes into great detail about the birds and their activity on the airfield.

“We’d have other animals like rabbits and hares on the airfield as well. Any animal can cause damage to an aircraft’s engine, so it’s important that we look at all the potential risks on the airfield.”

The airport also operates daily patrols on the airfield from dawn to dusk using a number of bird-scaring techniques.

The US Federal Aviation Administration (FAA) says birds make up 97 per cent of reported strikes on aircraft, while mammals are involved in 3 per cent and reptiles less than 1 per cent.

The large number of bird strikes has resulted in a major effort by US and Canadian airports officials to find ways to handle the problem, including the establishment of a Bird Strike Committee.

Records from 1990- 2007 with the FAA’s National Wildlife Strike Database indicate that aircraft in the United States collided with 369 conclusively identified species of birds.

Over the same period, some 253 bats met with their end. There were also 760 official collisions with deer; 252 with coyotes; 182 with rabbits; and 120 with rodents including porcupines.

There were also strikes involving a number of unusual animals. Some 74 turtles; 59 opossums; 16 armadillos; 14 alligators; seven iguanas; four moose; two caribou; as well as a wild pig and a donkey were hit by planes.

There was even an official collision with a fish, though the fish was reportedly in the mouth or talons of an osprey at the time.

The invitation to tender is available on eTenders website, www.etenders.gov.ie. An information day to outline details of the project will be held at the airport on July 4th. The closing deadline for applicants is August 14th.

1 Basic income for all: Has the Covid crisis given us a new economic model?
2 Chris Johns: Economies may enjoy ‘roaring twenties’ if ministers learn lessons
3 Wet pub openings fuelled rise in Irish Covid infection rates – report
4 Only way is up for Stripe as valuation skyrockets
5 How long can Government afford to keep State pension age at 66?
6 Direct sea routes to Europe offer certainty in choppy Brexit waters
7 Ten of the most mysterious aircraft disappearances
8 Why we should ban autonomous cars now
9 ‘Make plans but don’t hold on to them too seriously’
10 So you want to invest in the stock market: what will it cost?
Real news has value SUBSCRIBE