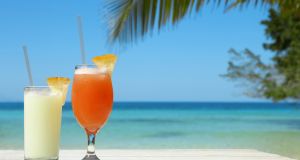 In Spain, masks are compulsory where social distancing can’t be maintained, while no such guidance exists here. Photograph: iStock

“Summer is not yet lost,” the Taoiseach Leo Varadkar told holidaymakers this week before going on to unveil a suite of measures which will see the lockdown lifted earlier than anticipated.

The hope, as the Taoiseach said, is that people in the Republic who wish to travel abroad for holidays will be able to resume air travel with a small number of countries which are in a similar position to us.

But could such a move undermine the Government’s own response to Covid-19?

On the one hand, it seems we’re almost being told that that we may soon be sipping sangria on a Spanish beach (although Mr Varadkar said we shouldn’t book holidays yet) while on the other we’re being told that our own pubs won’t return to normal(ish) service until July 20th.

In Spain, masks are compulsory where social distancing can’t be maintained, while no such guidance exists here.

In Germany, the requirement for social distancing measures has been extended to June 29th, while here, there has has been no talk of those requirements ending until there’s a vaccine. And just this week, Italy reopened to European tourists with restaurants, cafes and beach establishments all now open.

This all goes to demonstrate the markedly different approach being taken across European states. In some countries, relatively normal service has resumed while strict lockdown remains in others. Consistency, a key to success in fighting a pandemic, is not exactly evident.

The Government here has been successful, at least up to the past two weeks, in ensuring people toe the line. But such forbearance isn’t guaranteed for much longer. The problem with creating air bridges to other destinations is that they give a glimpse into what is possible.

Many may not feel sufficiently confident to travel to other countries, but those who do (if allowed) will return questioning whether our own measures are too stringent.

Before telling travellers that they could enjoy a summer break, the Government ought to ensure that the message on measures to help us live with the virus for the foreseeable future is clear. Otherwise, there’s a real risk that when travellers get a taste of the good life, they’ll be even less keen to adhere to strict measures than they are now.