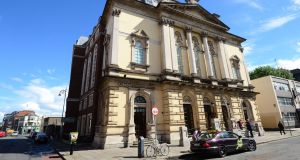 Businessman Noel O’Callaghan’s hotel group plans to spend €30 million on a facelift for three of its Dublin properties.

The news comes days after it emerged that the O’Callaghan Hotels Group recently sold its only US property in Annapolis, Maryland, close to Washington DC.

O’Callaghan Hotel Group said on Monday that it would spend €30 million “completely transforming” the Stephen’s Green Hotel and the Alexander and Davenport, all in Dublin city centre.

The move is part of a €100 million investment programme that includes a significant amount already spent on building its new 155-bedroom Tamburlaine Hotel in Cambridge in England.

Work has started on the Alexander Hotel, which O’Callaghan is renaming The Alex, and will be finished by the end of the month. The group intends to begin refurbishing the Davenport and Stephen’s Green hotels before the end of this year. O’Callaghan’s investment in the three four-star hotels is designed to re-position the group at the high end of the capital’s hotel market.

Eoin Likely, the group’s chief financial officer, said that it would “enhance all areas of our business”. Mr Likely pointed out that the recently-opened Tamburlaine sets a new standard for the group’s hotels.

“It sets the benchmark for the very high standards we have set across our portfolio in terms of both the product and service we offer,” he said.

The group hired Dublin architects and interior designers, 21 Spaces to work on The Alex, and McCauley Daye O’Connell for the Davenport.

London-based Bryan O’Sullivan Studios, which was involved in the Tamburlaine, will remodel the Stephen’s Green Hotel, which the group is renaming as The Green.

O’Callaghan Hotels also owns the Mont Clare in Dublin and the Elliot in Gibraltar. Following the sale in Annapolis, it now has six hotels. The group sold the US property at the start of the month for an undisclosed sum to OTO Development, a South Carolina-based investment group.

O’Callaghan Hotels opened the Annapolis premises in 2001 on a site bought for $1.5 million. It operated first as a Holiday Inn before switching to the Irish group’s name. The hotel traded well, but is said to need spending on renovations. The market in the area, around 50km from the US capital, is reported to be booming.