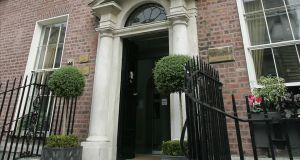 Profit before tax at the Merrion Hotel in Dublin has jumped more than €1 million to €3.42 million for the financial year to the end of October 2016, accounts filed with the companies registration office show.

A 15 per cent increase in accommodation turnover to €14.01 million led to the hotel’s strong performance, while turnover for food and drink increased also. Turnover for the leisure centre dipped slightly, but not enough to heavily impact the total turnover of €21.5 million.

The five-star hotel employed an average of 283 employees per month, with 66 employees in management positions. The total number of employees was down three on the previous year but wage and salary costs increased 4 per cent to €7.23 million.

The hotel, which has 123 guest rooms and 19 suites, posted an after-tax profit of €2.9 million for the year, a result that provides for a strong outlook, according to the directors.

“The hotel had a good year with revenues, room rates and occupancy being at their highest levels, reflecting a strong performance in the Dublin market,” a note in the accounts said. “The near-term outlook remains strong and we believe that we can maintain revenues and profitability.”