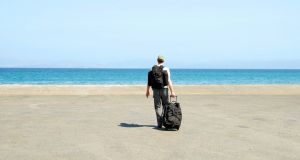 One in two bookings for Hosteworld now comes via a mobile or tablet, up from 41 per cent in 2015.

Revenues fell by 4 per cent at Hostelworld in 2016, driven by softer demand in European destinations on the back of Brexit and terrorist attacks, the online hostel platform said on Tuesday.

In its first year as a publicly listed company, Hostelworld, which specialises in offering online booking services, said that in the year to December 31st, revenues fell back to €80.5 million as overall group bookings declined by 1 per cent.

Chief executive Feargal Mooney said that while both Brexit and terrorist attacks impacted performance, “particularly in our key European market during the second and third quarters of the year”, the group saw “improved momentum” in the latter part of 2016, which has continued through the first quarter of 2017.

“Our continued focus on key strategic initiatives is supporting year on year bookings growth, and, together with our highly cash-generative business model, positions us well to benefit from continued market growth,” Mr Mooney said.

With the UK accounting for about 10 per cent of Hostelworld’s business, the impact of Brexit and the decline in the value of the pound has impacted, but a bigger concern for Mr Mooney is the fall-out from terrorist attacks across Europe.

Another possible risk is “making sure that the investments we’re making in tech and marketing are developing the right content to the right people” he said.

The group’s flagship brand is Hostelworld, which now accounts for about 87 per cent of group bookings, up from 73 per cent in 2015. Bookings from supporting brands, such as Hostelbookers, fell by 53 per cent during the year.

Accordng to Mr Mooney, the group’s strategy is to put investment behind Hostelworld, rather than other brands, which tend to be more unprofitable and low margin.

“If we have $100 to invest we see better value putting it behind Hostelworld, rather than split it across other brands,” he said.

However this is not to rule out further aquisitions; “we’re certainly open to acquisitions” Mr Mooney said, “we’ll keep our options open as we continue to build cash on our balance sheet”.

One in two bookings for the group now comes via a mobile or tablet, up from 41 per cent in 2015.

“It.didn’t happen by accident,” Mr Mooney said, adding that the company has spent over three years focusing on mobile first, and “there’s no reason why it won’t go to 70-80 per cent “.

Hostelworld is also focusing more on delivering content through its mobile app, and while its main focus is on engaging with its millennial audience, “there may be revenue opportunities down the line for it,” Mr Mooney said.

Hostelworld is truly a global business, with the platform not active in just five countries across the world, including Syria and North Korea. Asia remains the group’s fastest growing destination continent, with group-wide booking growth of 12 per cent in 2016.

Ross Harvey, an analyst with Davy Stockbrokers, said that the broker sees “upside” for the company. Davy is forecasting adjusted ebitda growth of €25.5 million for 2017.

Looking to 2017, chairman Richard Segal said that the year “has started well. Total Group bookings are ahead of last year, and there is positive momentum across the business.”

The group has four key focuses for 2017 and beyond: Investing in its core product; differentiating its offering; establishing a vibrant community; and driving loyalty and revenue per customer.

Hostelworld was founded by businessman Ray Nolan. He sold it to Hellman and Friedman in 2009 for €202.5 million, in a deal which netted Mr Nolan €100 million. The company raised more than €180 million from its initial public offering on the Dublin and London stock exchanges in November 2015.