Tourism is breaking records but industry still frets over Brexit 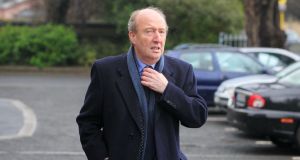 Minister for Tourism Shane Ross has so far failed to secure any extra Brexit help for his patch, unlike his cabinet colleagues in Health and Enterprise. Photograph: Gareth Chaney Collins

Inbound tourism is at record levels, with more than 9.5 million visitors to Ireland last year. Hotels are full and employment in the sector is growing strongly. So it seems a strange time to be sounding the alarm. Yet Irish tourism is uniquely exposed to Brexit and the industry worries the State is asleep at the wheel.

The Irish Tourist Industry Confederation (Itic) wants Ministers to wake up to the danger, and find €12 million down the back of the sofa to replenish State tourism marketing budgets and to train operators to cope with any retrenchment.

British visitors account for 40 per cent of the total to Ireland, and they spend €1.3 billion – the purest of exports. But it is now 15 per cent more expensive for UK visitors to come here since last June’s vote. Red C data shows fewer British holidaymakers plan to travel abroad in coming years and those who do will spend less.

To date, there has no been no drop-off in UK visitor numbers to Ireland. On the contrary, the latest official data shows a 10 per cent rise in the six months following the vote. So what is the industry complaining about?

Look at the risks: decreasing price competitiveness in relation to the most important inbound market; an uncertain economic outlook for Britain; the prospect of a hard Border between the North and Republic; and myriad other threats to the UK-Republic common travel area.

It would be foolhardy for policymakers to believe that Brexit will have no impact on UK visitor numbers. And when a downturn comes in tourism, it always comes swiftly. The State must be prepared.

One of the difficulties for tourism when lobbying for State help is that it already gets plenty, by way of a preferential 9 per cent Vat rate.

But most of the fiscal benefit of this flows straight to the bottom line of the largest operators, such as city-based hotel chains. What the industry really needs is more marketing firepower for Ireland as a destination.

There are grumblings within the industry over Shane Ross, the Minister for Transport, Tourism and Sport. He has so far failed to secure any extra Brexit help for his patch, unlike his cabinet colleagues in Health and Enterprise.

Perhaps a general election might not be such a terrible thing for the tourism industry.