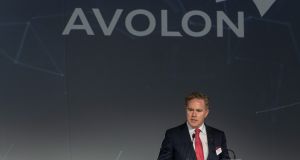 A strong response to its plan to borrow $300 million (€264.5 million) from global banks prompted Irish aircraft lessor Avolon to increase the debt to $500 million.

Avolon recently said that it intended raising an unsecured $300 million loan from a group of banks which the Irish company intended using for general business purposes, possibly including paying off other debt.

The aircraft lessor said on Tuesday that the transaction was oversubscribed. Consequently, it has increased the loan by more than 60 per cent to $500 million.

Mr Murray noted that raising the unsecured loan was a key step towards Avolon securing an investment-grade rating.

The company needs to cut the proportion of secured debt on its books to get its credit rating upgraded, a move that could potentially cut its borrowing costs.

Natixis and Sumitomo Mitsui Trust Bank were the deal’s lead arrangers and underwriters.