Artificial intelligence? Only an idiot would think that 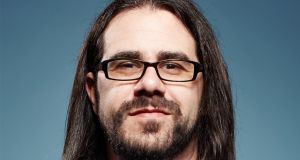 Prof Ian Bogost of the Georgia Institute of Technology: not every technological innovation merits being called “AI”

Not every technological innovation is artificial intelligence and labelling it as such is making the term “AI” virtually meaningless, says Ian Bogost, a professor of interactive computing at the Georgia Institute of Technology in the US. Bogost gives the example of Google’s latest algorithm, Perspective, which is designed to detect hate speech. While media coverage has been hailing this as an AI wonder, it turns out that simple typos can fool the system and allow abusive, harassing, and toxic comments to slip through easily enough.

1 Over 400 complaints from migrant workers at meat plants lodged with WRC
2 The Irish Times Deal of the Year: The three finalists
3 Staff at Dublin and Cork airports to vote on work practice changes
4 McGann stepping down at troubled Aryzta
5 Avoca warns of redundancies due to coronavirus
Real news has value SUBSCRIBE