Pimp your smartphone with the Android Taste Test

Web Log: Do a quiz to help you choose new wallpaper for your mobile phone 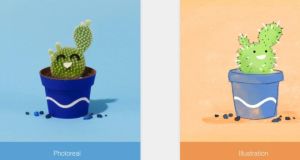 Taste Test provides the opportunity to freshen up your Android launch screen.

Pimp your Android device with this new online taste Test Tool from Google (which has nothing to do with food, by the way). All you have to do is answer a series of rapid fire questions designed to gauge your ideal theme for your phone. Pick from choices such as geometric versus organic, light versus dark, and colourful versus monochromatic.

For some reason, one of the choices is 2016 versus 2017 – maybe it’s a case of choosing between nope and noper?

Anyway, Google presented me with some nice minimalist themes with links to various apps including its own Wallpaper and Gboard ones as well as Revolution for professionally-designed icons and Smart Launcher 3 for a simple yet slick apps launcher.

You can’t help but get the feeling that you are merely being encouraged to download more Google apps but at least it provides the opportunity to freshen up your Android launch screen and point to vetted apps amidst a frequently bloated, hit and miss selection on Google Play Store.

Take the test at: android.com/myandroid/taste-test/#/