What to expect when Apple reports earnings

Will the slump in iPhone sales continue? 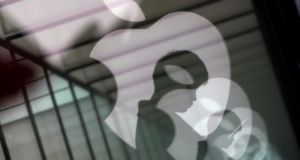 Shares in Apple have added about $300 billion (€269 billion) since their lows after an early January profit warning, at one point last week getting within 1 per cent of the $1 trillion mark the company first crossed last summer.

Apple has stormed back into favour on Wall Street, but its latest financial results are expected to reveal a continuation of the iPhone slump that shocked investors at the start of the year.

Shares in the consumer technology giant have added about $300 billion (€269 billion) since their lows after an early January profit warning, at one point last week getting within 1 per cent of the $1 trillion mark the company first crossed last summer.

Yet the fall in iPhone sales is expected to dominate the picture again when Apple reports its latest quarterly figures on Tuesday.

Wall Street is expecting iPhone revenues to come in 17 per cent below the year before, even worse than the 14 per cent fall in the previous quarter.

That is expected to leave the company with a 5 per cent drop in overall revenue, at $57.4 billion – matching the decline of the previous three months, and a stark contrast to the 16 per cent growth of its past fiscal year, when the iPhone X cycle made Apple the first company worth more than $1 trillion.

The change in mood on Wall Street in recent weeks reflects growing confidence that the January iPhone shock represented a one-off adjustment in the prospects for Apple’s most important business, rather than the start of a steady deterioration.

Analysts have also shifted more of their attention away from the handset business to other parts of Apple’s operations, which hold the best chance of returning the company to growth.

According to an estimate from Goldman Sachs, the smartphone that has defined Apple’s business for more than a decade is set to represent only 54 per cent of revenues in the latest quarter, compared to the more than 60 per cent of recent years.

The signs of stabilisation for the iPhone follow small price cuts in some international markets, helping to offset some of the negative impacts seen from pricing actions taken last year with the launch of the latest handsets.

The successful launch of the iPhone X in 2017 had enabled Apple to boost the average selling price of its smartphones by more than $100, to $766, over the following 12 months. But an attempt to repeat the trick last year fell flat, as consumers gave a collective yawn to the new models and Apple ran into a sharp decline in consumer spending in China.

After big losses late in 2018, Apple’s market share in China recovered during the first quarter of 2019, according to analyst Neil Cybart at Above Avalon. Apple’s financial guidance for the quarter, of revenue of $55 billion-$59 billion, may not have factored in the recovery that came late in the quarter, he said, adding to the chance of a positive surprise on Tuesday.

The step down in iPhone sales of the past six months is expected to weigh on the guidance Apple gives for the third quarter of its fiscal year, to the end of June. Most analysts expect revenue of $50 billion–$52billion, compared to $53bn in the same period a year before.

Profit margins on the iPhone could also slip in the current quarter following the settlement of Apple’s legal war with Qualcomm, according to a note to clients by analysts at Goldman Sachs. The new terms may include Apple paying a higher royalty per device, the analysts added, calling the impact “difficult to estimate.”

With less immediate worry about the iPhone, meanwhile, investors have been switching more of their attention to other parts of Apple’s business for the next wave of growth. The company recently unveiled a range of new subscription services, though most, including a premium video service, have yet to launch.

Services revenue is set to jump by 16 per cent in the latest quarter, to $11.4 billion, according to analysts at Morgan Stanley, who have been among those urging investors to look beyond the iPhone.

That would represent about 20 per cent of Apple’s sales, and a considerably higher share of profits given the higher margin. The Apple Watch and devices like the HomePod are growing even faster, with sales likely to hit $5 billion, according to Morgan Stanley.

In another catalyst for the company’s rising share price, most analysts have been expecting Apple to announce this week that it is boosting its stock buyback programme and dividend payments.

The company has announced total buybacks worth $310 billion since it started returning capital to shareholders in 2012, and by the end of last year had spent $247 billion. – Copyright The Financial Times Limited 2019