Twitter echo chamber? 10% of US users generate 80% of tweets

Social media often treated as the global digital town square, but how representative is it? 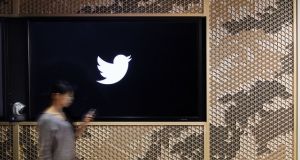 Twitter users in general differ slightly from the general US population in that they are on average younger, more likely to be Democrats, and more likely to hold a batchelor’s degree.

When we want to read the thoughts of celebrities, politicians and other public personalities, Twitter has become the platform of choice for this as well as breaking news and lively debates. Twitter is often treated as the global digital town square but how representative is it?

Based on a survey of almost 3,000 US Twitter users, the Pew Research Centre found that – of the 22 per cent of American adults who use the social networking platform – most users (90 per cent) rarely tweet while the other 10 per cent account for a huge chunk (80 per cent) of content, generating a median of 138 tweets per month.

Although these differences paint a picture of a liberal Twitter, that does not represent the average American. Pew said “the views of Twitter users are not dramatically different from those expressed by all US adults”.

1 Ireland faces 'deep downturn' this year and may not rebound until 2024 if there is a second wave
2 ‘The rental situation stops me moving back home’
3 John FitzGerald: Civil Service expertise key to Government policy
4 Ryanair pilots accept 20% pay cut, airline says
5 Why are markets booming when a crash is on the way?
Real news has value SUBSCRIBE