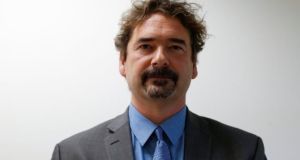 Vivaldi founder Jon Von Tetzchner said everything that an individual does online is now trackable and could potentially be used against them.

Internet users should be “deeply worried” about the level of information collected on them by technology companies such as Facebook and Google, the creator of the Opera browser has said.

Jon Von Tetzchner, who cofounded and led Opera in the mid-1990s before leaving to establish an alternate browser known as Vivaldi, said everything that an individual does online is now trackable and could potentially be used against them.

Calling for the likes of Google to stop tracking users online, he said “companies should not be able to collection information so freely and particularly not to use for commercial purposes”.

“There are steps that individuals can take to stay in the shadows but should people who are doing regular things online have to cover their tracks? I don’t think so,” he told The Irish Times at the Web Summit earlier this month.

Mr Von Tetzchner and Geir Ivarsøy developed the Opera browser in Reykjavik in 1995. At its height, there were 350 million users of Opera worldwide. Mr Von Tetzchner left Opera in 2011 and last year launched Vivaldi, a browser for “power users” that does not track users or collect their data.

Mr Von Tetzchner has said the levels of data currently being collected by companies like Google is “unprecedented and unnecessary”.

He warned the ability to target individuals with different messages was a particularly worrying development, saying it had changed the advertising market completely and left individuals feeling as though they are being followed online.

“I’m a big geek and find it odd to be in this strange situation where I am saying out loud that we need to think about how we are using technology but things are rapidly getting out of hand,” he said.