More than 300 new jobs to be created across three companies

YapStone, CarePlus and Zevas Communications all in expansion mode 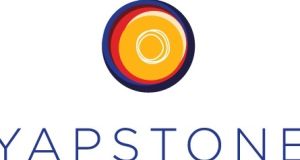 YapStone said it had decided to grow its irish presence by establishing a product engineering development centre at its Drogheda facility.

More than 300 new jobs are to be created in the Republic across three companies, it was announced yesterday.

Global online payments firm YapStone is to create 200 jobs as part of a (€41 million) investment here, while pharmacy chain CarePlus plans to recruit 70 and Zevas Communications is looking to recruit 50.

YapStone said it had decided to grow its Irish presence by establishing a product engineering development centre at its Drogheda facility with recruitment commencing in early 2018 for more than 200 highly skilled engineering and technology roles over the next five years.

“Partnering with the Irish Government is one of the best decisions our leadership team has made,” said Tom Villante, co-founder and chief executive of the company. “We have hired tremendous talent in Ireland, and they have played a major role in YapStone’s success and international expansion. It was a natural decision for us to expand our investment in Irish talent into technology.”

CarePlus, meanwhile, is planning to expand with the opening of 12 new outlets. The new pharmacies will open in Dublin, Kerry, Cork and Tipperary in the coming months. Each store is undergoing significant investment, the company said.

CarePlus also said it was in “advanced negotiations” with a number of national pharmacy operators, with “significant new partnerships” expected to be announced early next year.

Separately, Cork has received a jobs boost with the news that locally-founded company Zevas Communications, which provides outsourced sales services nationally and internationally, plans to create an additional 50 jobs at its Ballintemple base.

The new positions are in the area of telesales and digital marketing and stem from the company winning two new contracts with international global digital technology companies.

“We are delighted to have secured two more top-tier global companies as clients and our continued expansion is firmly establishing us on the world stage for outsourced customer contact solutions,” said John O’Sullivan,chief operating officer at Zevas Communications.