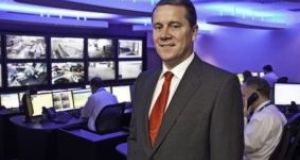 Netwatch chief executive David Walsh: “Having grown from €200,000 to €1 million last year we’re now expecting ebitda to rise to close to €4 million in 2017.”

Netwatch, the fast-growing Carlow-headquartered digital security firm, recorded a sharp rise in sales last year and expects to report a further jump in revenues for 2017.

The company, which uses a combination of high-quality security cameras and intelligent software to monitor client sites and detect suspicious events, said US sales doubled last year as the firm reported a 24 per cent rise in revenues from €11.2 million to €13.8 million.

Speaking to The Irish Times, chief executive David Walsh said earnings before interest, tax, depreciation and amortisation (ebitda) – seen as a solid indicator of cashflow – rose 350 per cent last year and he forecast ebitda would grow by a further 300 per cent this year.

Netwatch, which moved into the US market in 2012 and now has offices in Boston, New York, Pittsburgh and Chicago, said US-derived revenue doubled last year on the back of a €16 million rise in new contract wins.

“We are continuing with the direct selling route in the US, which is now our primary market, but we’re also busy identifying key strategic partners there who can help us. We’ve a few of those onboard already and if we can bring value to those organisations and their customers then it is a win-win for everybody,” said Mr Walsh.

Netwatch saw pretax losses rise to €2.7 million from €2.2 a year earlier. The company attributed the increase in losses to its decision to change its accounting basis from Irish GAAP to International Financial Reporting Standards (IFRS) in 2015 because its future growth is focused on overseas markets, and in particular the US.

The move means a change to the group’s revenue recognition polices so that costs previously accounted for over the life of a typical five-year contract are now reported earlier.

The firm, which claims to have prevented more than 40,000 security breaches since it was established in 2003, currently monitors in excess of 330,000 cameras across the globe to over 3,500 businesses.

The company, which held talks with the Irish Stock Exchange about a possible flotation in 2015, raised €19.5 million in an investment round co-funded by BDO Development Capital Fund and Bank of Ireland last year.