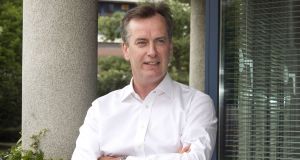 Irish tech firms are to gain a new source of funding with the European Investment Fund (EIF) announcing it is to plough €20 million into early- and expansion-stage companies as part of a near €100 million fund established by Act Venture Capital.

The EIF, which is the largest venture capital fund investor in Europe, is partnering with the Irish firm for the Act V fund, which will allow the Dublin-based venture capital firm to finance around 30 companies over the next few years.

By mobilising other investors, including from the private sector, the total fund is expected to provide more than €90 million for SMEs looking to scale internationally.

Participants in the new fund include AIB, Enterprise Ireland and the Ireland Strategic Investment Fund (ISIF), a State body controlled and managed by the National Treasury Management Agency.

The investments will focus on expansion financings into high-growth, export-orientated companies in sectors such as software, mobile and digital media. It aims to back between 15 to 18 expansion companies over the next four years with investments of up to €7 million each. Some of the companies to receive backing are expected to come from Act’s seed fund activities, which backs early-stage companies at a rate of between eight to 10 deals per year.

“We went out to market looking to raise about €90 million. The new main fund is now going to be close to about €85 million but on top of that we have a €13 million seed programme, so we’re close to €100 million. We might add in a few more investors yet but we won’t go over €100 million,” Act’s managing director John Flynn told The Irish Times.

The venture capital firm currently has a portfolio of about 30 Irish companies, including Corvil, Swrve, Channelsight and AltoCloud. Cubic Telecom, another of the firms it supports, raised €40 million in a series C round last month.

Act has raised total funds of €500 million across five funds. Mr Flynn, a former chairman of the Irish Venture Capital Association, joined with John O’Sullivan and Debbie Rennick in taking over from the company’s previous management team in 2009. It took what was an €80 million portfolio and has delivered 2.3 times returns across 24 exits since then.

Mr Flynn said there is a good funding environment in Ireland currently.

“In 2009 when I took over at Act it was a low point in the industry in many ways because of the financial crisis. The Irish market has matured a lot since then with huge growth in the amount of deals being done. If you look at the multiplier of how much capital gets spent in the local market it works out that for every euro of Irish venture capital invested it is probably three of four times that in overall investment if you add in syndication. This is a real sign of maturity.”

He said that while there are “overheated spots” in the market, he didn’t expect things to get out of hand.

“No matter how good a seed investment is by the time it gets to series A there isn’t enough weight of private money around so you’re looking to VCs and they are going to be pretty disciplined. As a company matures it starts to get priced more on fundamentals than at a hope level so if there’s been an overinvestment at the latter stage it will be corrected,” said Mr Flynn.

ISIF, formerly the National Pensions Reserve Fund is also involved in a new €20 million fund for agricultural research and innovation.

The Ireland AgTech Fund will invest in start-up and early-stage companies that can “generate significant economic impact” in the Irish agriculture and food sectors.

The scheme involves a partnership between the ISIF and California-based group Finistere Ventures, which is to open its first European office in Dublin shortly as it seek further opportunities in both the Republic and the European Union.

2 After the vaccine, will your company want you back in the office?