Google stays number one for shoppers despite rise of ‘dark traffic’ 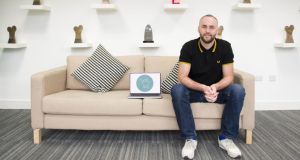 Google is still the central player in ecommerce and the “window to the web” for consumers, but an analysis of Irish ecommerce traffic by the “digital marketing nerds” at Wolfgang Digital suggests its degree of dominance has waned a notch.

Retailers from categories including fashion, electrical, jewellery, department stores and pharmacies and travel companies (mainly hotels) included in the Wolfgang study enjoyed average revenue growth of 32 per cent over the year to the end of June.

Wolfgang’s aim, then, is to analyse which patterns of consumer behaviour and website characteristics correlate with higher than average revenue growth.

Its sample is large: the company studied 143 million sessions and €447 million in online revenue recorded by participating ecommerce sites between July 2016 and the end of June 2017.

Between organic search and paid-for ads, Google still delivered 62 per cent of traffic to the sites – “a very large number”, Coleman notes, but down from 69 per cent in Wolfgang’s previous study. These sessions generated 63 per cent of the revenue.

Websites that rank prominently in the search engine list benefit from a transfer of trust from Google, according to Coleman – the tech giant is judged by Forbes to be the world’s second most valuable brand.

“Our study shows that conversion rates are much stronger for those website that generate above-average Google organic traffic.”

So what other factors help ecommerce sites rake it in?

Speed is an obvious one, but it is often ignored. Wolfgang’s study has uncovered an average page load time of 6.06 seconds, which Coleman describes as “shockingly high”.

As Google rewards faster websites with a higher ranking, shaving milliseconds off any element of page load time can have a “double whammy” effect on revenue.

Get these two things right and the benefits are there to be reaped. Online shoppers are “seriously loyal” to a small number of trusted sites, says Coleman.

Sites that attract higher proportions of visits from mobile and tablet devices tend to do better business too, while visits from tablets – more of a luxury item in their own right than mobiles – are “very strongly” linked to higher-than-average order values.

This demonstrates Pinterest’s role as a visual research engine – it is not a social network, he stresses, but a place where people “pin” items before taking an action. Online shoppers who consult Pinterest’s “scrapbook” of ideas – on home decor or wedding paraphernalia, for example – are in deep planning mode, meaning they are prepared to spend money.

Tracking the performance of social channels throws up some dilemmas for digital marketers, according to Wolfgang, which employs 41 people in Dublin.

As well as the dark-traffic issue, Google struggles to track cross-device conversions – for example, a “purchase journey” that begins when someone clicks on an ad on a mobile social page, but converts that transaction on desktop.

“While Google is underreporting on social’s value, Facebook has admitted a number of instances of inflating performance metrics,” says Coleman. This leaves digital marketers “in a tight spot” when it comes to evaluating the performance of social for generating ecommerce cash.

A new and improved version of Google Analytics is on its way, however, and should shine more light.