Facebook named best tech firm to work for in Ireland 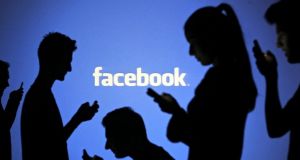 It’s not just the free food that makes Facebook popular with employees. The company has been at the forefront in offering progressive benefits such as four months of paid paternity leave

Ireland may be awash with tech firms but Facebook is the best one to work for, according to a new survey.

The company, which has grown its local base from just 30 people in 2009 to over 2,000 people currently, tops a list compiled by careers website Glassdoor based on reviews from current and former staff members.

Some 96 per cent of reviewers said they would recommend Facebook to a friend, putting the Menlo Park-headquartered social media firm ahead of HubSpot, which received the backing of 94 per cent of current and former employees.

Marketing and sales software firm Salesforce, which employs more than 700 people at its Sandyford office in Dublin comes third with a recommend to a friend rating of 89 per cent.

Google and SAP round out the top five most recommended tech companies in Ireland with both receiving an 87 per cent rating from staff.

It’s not just the free food that makes Facebook popular with employees. The company has been at the forefront in offering progressive benefits. These include four months of paid paternity leave and an extended bereavement entitlement of up to 20 days, that will commence in 2018.

“We’re delighted that Facebook has been named the most recommended tech company to work for, a result that is even more meaningful as it is based on employee feedback,” said Fiona Mullan, international vice president of HR.

Facebook has continued to grow in Ireland in recent years. In the past 18 months the company began construction on a data centre in Clonee, Co. Meath, opened an Oculus Research office in Cork, and announced that it will be expanding to a second building in Dublin.

In addition, WhatsApp, which was acquired by Facebook for $19 billion in February 2014, recently established a small team within its parent’s Dublin offices to support its customer service team.

Also commenting on the survey findings, Lauren Wright, director (EMEA) at Glassdoor said with tech employees being hard to recruit currently, recommendations from current and former staff can give firms an edge.

“You wouldn’t eat in a poorly rated restaurant or stay in a hotel that didn’t have good customer endorsements, so why apply for a job at a company that isn’t strongly recommended by the people that already work there?”, said Ms Wright.

“The battle for tech talent in Ireland is fierce, so the employers that have the best employer brand are going to be the ones that win out in the end. The recommend to a friend rating is a bit like a net promoter score, but for employees, so it can make a big difference to recruiting. Facebook is the boss in a tough category here,” she added.

Ireland’s Most Recommended Tech Companies for 2017:

3. Salesforce: Recommend to a friend rating: 89%

8. Microsoft: Recommend to a friend rating: 80%