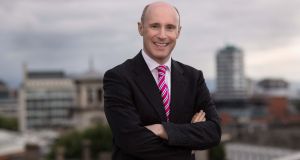 The company said more than half of the new deals arose in North America, a market it has been targeting since securing €1 million in investment from Investec and AIB Seed Capital Fund two years ago to expand operations there.

TerminalFour said it doubled the amount of business it does in the region in 2017 and expects to do so again in the coming year. It is also targeting new markets, including in Latin America, and expected sustained growth in the UK, mainland Europe and Australia.

TerminalFour, which employs more than 70 people worldwide, said it intends to open new bases next year in San Diego and Poland. This will bring the number of offices around the world to nine in total.

The company helps universities and colleges manage their website, social media and mobile channels and engage with students more effectively.

Its digital engagement and web-content management platform is used by more than 200 universities and colleges to power higher education websites throughout the world. University of St Andrews, University of Florida, Imperial College London, Columbia University and University College Dublin are among its clients.

The firm said average deal values rose by 30 per cent last year. Much of the growth was due to an increase in demand for its web hosting platform.

The latest abridged accounts for TerminalFour show accumulated losses rose by €504,000 in the 12 months to the end of October 2016 to €3.2 million from €2.7 million a year earlier.