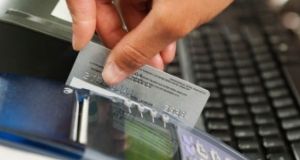 Fintrax announced plans to buy Planet Payment in late October. The combined business will employ over 1,000 staff in 40 offices across the world and will process over €15 billion in payment related services in 2017.

“The purchase of Planet Payment expands our ability to serve our 300,000 global merchants, both directly and through 100 partner banks. Our combined business will operate in 55 countries across five continents, positioning us as a leader in Dynamic Currency Conversion (DCC) and multi-currency processing in North America, Latin America, Asia Pacific, the Middle East, Africa and Europe,” said chief executive Patrick Waldron.

Planet Payment, which is headquartered in New York, provides payment processing and multi-currency solutions to 71 financial services institutions around the world. Its services are used at 103,000 active merchant locations in 23 countries.

Eurazeo, a leading global investment company and the majority shareholder in Fintrax since 2015, is contributing €109 million to the financing of the acquisition.

Founded in 1985, Fintrax is one of the world’s biggest players in processing tourist VAT refunds. The parent company of Premier Tax Free, it also provides multicurrency conversion solutions. The company operates in 34 markets worldwide, serves 14,000 retail merchants in over 150,000 stores. In Ireland it is in 5,750 outlets including Brown Thomas, Arnotts and Weirs.