Terrible year for tech industy as the real world intrudes

The big shift of 2017 is that tech companies now accept some responsibility for how their platforms impact the world, the big mystery of 2018 and beyond is what, exactly, that responsibility will look like. 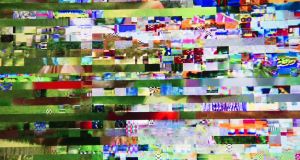 For years, despite their growing power, tech platforms rarely garnered much scrutiny, and they were often loath to accept how much their systems affected the real world.

This was a terrible year for the tech industry.

That’s an odd thing to say at a time of record growth and profits. In 2017, large American tech companies have kept hauling in more money and more users, and — to a degree that might seem dystopian — they continued to expand their foothold in our lives. This was a year in which Amazon created a way for its delivery drivers to let themselves into your house, and Apple created a phone you can unlock with your face.

Yet underneath this apparent success was a momentous shift in how the tech business deals with the world. Five or 10 years from now, we will come to regard 2017 as a turning point.

Why? Because this year, for the first time, tech giants began to grudgingly accept that they have some responsibility to the offline world. The scope of that responsibility, though, is another matter entirely.

Let me explain how this is all playing out.

The dawning realization that a tech platform comes with real-world responsibilities.

“Platforms” are the shiniest prizes in the tech business. The reason the five most valuable American tech companies – Amazon, Apple, Facebook, Alphabet and Microsoft – are also the five most valuable American companies of any kind is that they own these fundamental building blocks of the digital economy, whether they are operating systems, app stores, social networks, cloud servers, or shipping and logistics infrastructure.

Think of these platforms as the roads, railroads and waterways of the information economy – an essentially inescapable part of life for any business or regular person who doesn’t live in a secluded cabin in the woods.

For years, despite their growing power, tech platforms rarely garnered much scrutiny, and they were often loath to accept how much their systems affected the real world. Indeed, the online ethos has been that platforms aren’t really responsible for how people use them. It might as well be the slogan of Silicon Valley: We just make the tech, how people use it is another story.

In 2017, that changed. At first grudgingly and then with apparent enthusiasm, platform companies like Facebook began accepting some responsibility for how they are affecting the real world. They did not go as far as some critics would have liked – but in many significant ways they offered a shift in tone and tactics that suggested they were rethinking their positions.

In the past year, social networks and search engines have been blamed for undermining the news media, fostering echo chambers, and spreading misinformation, hate, misogyny and other general social unpleasantness.

You could argue that they had no choice. In the past year, social networks and search engines have been blamed for undermining the news media, fostering echo chambers, and spreading misinformation, hate, misogyny and other general social unpleasantness. (YouTube, for example, removed lots of videos of kids being pretend-tortured by their parents.) There was also, of course, the unfolding saga of the companies’ role in Russia’s propaganda efforts, which resulted in their being hauled before lawmakers.

And then there were the larger questions about who makes the platforms and who benefits from them. The tech industry is overwhelmingly run by men, and it is a place of little racial and class diversity. A whistle-blowing blog post by Susan Fowler, an engineer who detailed a culture of harassment and misogyny at the ride-hailing company Uber, sparked a women’s movement in tech that was then subsumed by the global #MeToo movement.

When the Facebook chief executive Mark Zuckerberg was asked about his site’s role in the 2016 election just days after Donald Trump’s victory, he responded with a line from tech’s old playbook: It was a “pretty crazy idea,” he said, that misinformation on Facebook had “influenced the election in any way.”

Many tech titans were obviously unprepared for the serious questions that began coming their way a year ago. When the Facebook chief executive Mark Zuckerberg was asked about his site’s role in the 2016 election just days after Donald Trump’s victory, he responded with a line from tech’s old playbook: It was a “pretty crazy idea,” he said, that misinformation on Facebook had “influenced the election in any way.”

Now that tone is gone. Mr Zuckerberg has apologised for his glibness. And during Facebook’s last earnings report to investors, he put the company’s social mission at the top of his agenda. “Protecting our community is more important than maximizing our profits,” he said.

Several other tech execs have expressed similar commitments to a deeper mission. Tim Cook, Apple’s chief executive, told my colleague Andrew Ross Sorkin that Apple had a “moral responsibility” to attempt to heal the nation’s social and economic fissures.

Sure, all this could just be marketing. But I’m inclined to believe the shift represents a new way of navigating the world, for a few reasons.

First, employees are demanding a new way. The highly paid workers of Silicon Valley were lured on the promise of changing the world, and in the past year many became demoralised about their companies’ apparent impact. In some cases they’re pushing their bosses to change.

Second, for the first time in years, there’s real pressure from lawmakers. That has resulted in some real-world retreats. For instance, tech giants last month stopped fighting a bill in Congress that would allow victims of sex trafficking to sue websites that supported the sex trade. In another time, this would have been a gimme for tech companies – they aren’t responsible for how people use their services, remember?

But nobody really knows what ‘responsibility’ means.

Mr Zuckerberg said he was willing to risk the company’s profitability to improve its community.

If the big shift of 2017 is that tech companies now accept some responsibility for how their platforms impact the world, the big mystery of 2018 and beyond is what, exactly, that responsibility will look like.

Mr Zuckerberg said he was willing to risk the company’s profitability to improve its community. Facebook has been testing new ideas for making its News Feed less divisive and less prone to misinformation, and for promoting what the company calls “meaningful” social connections. Facebook is also testing systems that it said would more stringently police advertising, in the hope of preventing foreign actors from using its ad network to influence an election.

And in response to criticism from former Facebook employees that its tech might be addictive, the company said this week that it has conducted extensive research on the subject and was “using it to inform our product development.”

But what if these early efforts don’t mitigate the problems? What if Facebook finds that offering people a less polarized News Feed dramatically reduces engagement on its site, affecting its bottom line? Or what if the changes disproportionately affect one political ideology over another — would Facebook stick with a kind of responsibility that risks calling into question its impartiality?

I don’t mean to offer a barrage of hypotheticals just for the fun of it. My point is that these issues would probably be pretty hard to solve.

“Just as the packaged food industry did in the 1950s, Facebook and Google have lured users with convenience, while feeding them a diet certain to cause lasting harm,” Roger McNamee, the musician and venture capitalist, told me. “The problem cannot be addressed by hiring; it can only be fixed by changing the algorithms in ways that will materially reduce profitability.”

Or consider the question of diversity. I asked Ellen Pao — the former Reddit chief executive who unsuccessfully sued the venture capital firm Kleiner Perkins Caufield & Byers for gender discrimination — what she made of the industry’s efforts to address the issue this year.

“I would give tech a C grade,” Ms Pao, who is now the chief diversity and inclusion officer at the Kapor Center for Social Impact, wrote in an email. “Leaders are doing the bare minimum to address problems and are far from doing all that is necessary to solve the problem.”

She said she hoped for a far more vigorous effort that ushered in a complete overhaul of the culture of tech companies, and that held leaders accountable.

“It means firing all the people involved in the failures, from the CEO to the HR leaders to the board members in some cases,” she wrote.

Ms Pao’s and Mr McNamee’s comments underline the real problem for the industry. Once you accept that you’re on the hook for fixing problems caused by the thing you built, people will start to expect that you really will fix them – even if the solutions are expensive or otherwise conflict with your business interests.

So, yeah, 2017 was a terrible year for the tech industry. If the fixing does not actually happen, 2018 might well be worse.