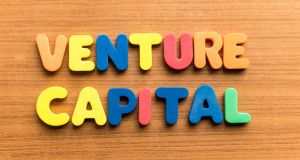 The Irish Venture Capital Association (IVCA), which published the data, has warned that unless additional financial support is provided, many promising start-ups could go out of business.

The warning comes as data shows venture-capital funding for early stage rose by 16 per cent to €228.9 million in the first three months of the year. However, these figures were distorted by a €98 million funding round for clinical-stage immuno-oncology company ALX Oncology in mid-February – the largest single deal recorded since 2018.

In addition, the figures do not fully reflect the impact of the coronavirus outbreak, which only began to have an impact here towards the end of the first quarter.

The latest numbers show a pre-coronavirus outbreak collapse in deals, particularly those in the €1 million to €5 million range. The value of fundraises in this category declined 44 per cent to €38 million from €68.8 million a year earlier. The number of deals was also significantly lower, falling to 18 from 30.

The IVCA said that while the Government should be congratulated on responding to the Covid-19 crisis promptly with a number of measures, early-stage start-ups urgently needed additional capital support to help them stay afloat.

The association recently warned that investment in start-ups could fall by as much as 50 per cent this year due to the impact of the pandemic.

“There is a real danger that we will lose a generation of innovative Irish start-ups. Without further Government intervention, our fear is that Covid-19 will act like a hard frost which will wipe out the majority of Irish seed companies,” said IVCA chief executive Sarah-Jane Larkin.

Her warning came as lobby group Scale Ireland recently warned that up to 80 per cent of start-ups could run out of cash within six months without additional support.

1 Irish household wealth jumps by 74% since last recession - report
2 ‘Tax war’ will hit Ireland if digital tax talks fail, OECD says
3 Should I switch bank now with Ulster Bank at risk of closing?
4 Will brother’s widow get half of our parents’ estate when they die?
5 EU said to be leaning towards appealing Apple tax decision
Real news has value SUBSCRIBE