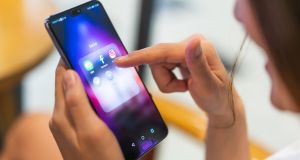 Data from the EU’s official statistical office Eurostat shows that overall 60 per cent of Irish adults used social media last year. This compares to an EU average of 56 per cent.

Use of such platforms has risen strongly across the continent in recent years, increasing from just 38 per cent in 2011.

Among EU states the number of social media users was highest in Denmark at 79 per cent, ahead of Belgium (73 per cent), Sweden and the UK (both 70 per cent).

At the opposite end of the scale, the share was below 50 per cent in three member states, with just 42 per cent of French people participating, rising to 46 per cent for Italians and 49 per cent for Slovakians.

Almost nine in 10 of Europeans aged between 16 and 24 are on social media, with the share ranging from 97 per cent in Czechia, Denmark and Croatia to 77 per cent in France.

Among people aged 65 to 74, almost one fifth participated in social networks. This share ranged from 8 per cent in Bulgaria to 46 per cent in Denmark. In the Republic some 20 per cent of elder people used social media.

5 ‘They’re not making any more land, so it will be valuable’