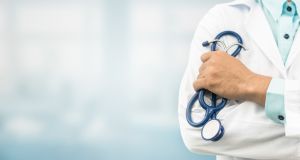 Limerick-based Teckro is strengthening its leadership team as the company plans greater expansion.

Prof Buckley held the role with Icon until 2017, and also co-founded Firecrest Clinical and Open Orphan. He has more than four decades’ experience in academic clinical practice, and has also served in several independent regulatory roles, including at the European Medicines Agency.

Teckro said the new staff were key to the company’s future.

The new hires come following Teckro’s fundraising round in which it raised $25 million (€22 million) in funding to develop its products further and grow internationally. That brought total funding raised by the company to $43 million.

Teckro is already in the process of increasing its workforce due to the funding, recruiting for engineering, product, clinical operations, sales and marketing.

The company was founded in 2015 by Gary and Nigel Hughes and Jacek Skrzypiec.