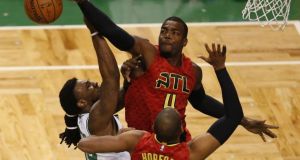 Irish sports tech company Orreco, whose backers include golfer Graeme McDowell, has signed a “significant” multi-year contract with one of the leading basketball teams in the US.

The Galway-headquartered start-up has agreed a deal with the Atlanta Hawks to provide the NBA side with its bio-analytical services.

Orreco, which recently raised €1.3 million in a funding round led by US VC firm True Ventures, uses machine learning and data analytics to monitor the health of athletes, helping to accelerate recovery and prolong careers.

The company profiles athletes based on biomarkers in the blood, and then feeds the information into machine-learning programmes that can optimise training conditions, including identifying optimal sleep patterns, the best diet, training intensity and duration.

Orreco has extensive experience within the NBA having worked for several years with franchises and individual athletes. Other sports sides it works with include Newcastle United, the Dallas Mavericks, USA Swimming and the New Zealand senior women’s rugby team.

The company did not disclose the value of the multi-year contract, but a spokesman said it was a “significant” deal.

Atlanta Hawks, which was founded in 1946, has only won the NBA championship once, back in 1958. However, it is one of only four teams to have qualified to reach the playoffs in 10 consecutive seasons this century.

“Our goal is to help our players understand how their recovery status impacts their performance, and using this data to truly individualise their training. We are very excited that Orreco has come on board as the Hawks enter a new chapter in its history.” said Chelsea Lane, executive director of athletic performance and sports medicine at Atlanta Hawks.

1 How long can Government afford to keep State pension age at 66?
2 If lockdown has morphed from tactic to strategy, the State has failed
3 John FitzGerald: North needs reform more than unity
4 Guinness brings out a non-alcoholic version of the black stuff
5 Consumer mood darkens, businesses react to Level 5 and Diageo launches Guinness 0.0
Real news has value SUBSCRIBE