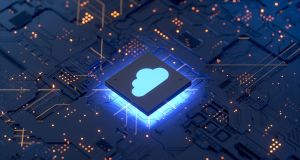 A Co Kildare regulatory software company intends to hire a further 100 staff as it targets revenue of up to €30 million over the coming five years.

Odyssey VC, a company which has devised software to help companies migrate crucial regulatory data to the cloud, said it will create the highly skilled jobs over the coming three years to capitalise on its position as one of only six companies in the world doing what it does.

The company was founded in 2015 by Oisín Curran and Fionnán Friel and now operates primarily in the life sciences sector. Its revenue of €3.3 million is on target to be made up evenly of operations from its services division as well as its technology division.

Odyssey, which has a headcount close to 50, counts Pfizer, Biomarin, Takeda and Amgen among its clients. It is also part of AT&T’s global network of service providers. Since it started trading in early 2016, the company has doubled its revenue every year and increased its staff numbers almost tenfold.

As part of its plan to grow revenues to between €20 million and €30 million over the coming five years, Odyssey intends to establish a presence around the Benelux and on the US east coast.

The tech company recently took grant aid from Enterprise Ireland, and Mr Curran told The Irish Times that they will scope out outside fundraising in the not too distant future. As the company grows, he said, it will look for between €5 million and €10 million in funding.

“We have a track record and a customer base but now we need scale. So that’s where we might take outside funding,” Mr Curran said.

Asked about the prospect of a sale down the line, he said: “We are looking for a sale at some point, there’s no two ways about that. A buyout would give us the scale to do this stuff quicker.”

Aside from its software offering, Odyssey also operates a services wing at which it ensures that applications and data supporting regulatory activities are fit for purpose. Its technology wing grew out of that and now, because of repeated requests from clients looking to know the precise location of where their data is held, Odyssey works with boutique providers of cloud space so they can track data to a specific location.

“Odyssey’s journey so far and how it has evolved from an exciting business idea into becoming a key regional employer is great inspiration for those setting out in development of their innovation,” said Jennifer Melia, head of the high potential start-up unit at Enterprise Ireland.

The formal announcement of the new jobs to be based at the company’s Sallins headquarters will be made later today.