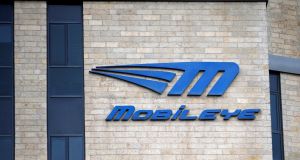 With Mobileye, Intel gains the ability to offer automakers a larger package of all of the components they will need as vehicles become autonomous

Intel plans to buy Israel’s Mobileye NV for about $15 billion (€14 billion), its second-biggest acquisition and a bold move to dominate technology for self-driving cars.

The US chipmaker will pay $63.54 per share in cash for Jerusalem-based Mobileye, according to a statement on Monday from both companies. Mobileye’s shares surged in premarket trading in New York.

Intel is trying to accelerate a push into what many chip companies view as the next big opportunity: self-driving cars and the data they generate. With Mobileye, Intel gains the ability to offer automakers a larger package of all of the components they will need as vehicles become autonomous. Intel estimates the vehicle systems, data and services market to be as much as $70 billion by 2030.

“Together, we can accelerate the future of autonomous driving with improved performance in a cloud-to-car solution at a lower cost for automakers,” Intel chief executive officer, Brian Krzanich, said in the statement.

But self-driving vehicles have potential to disrupt the auto industry, and carmakers and technology companies are scrambling to stake out a leading market position. Intel’s chips are already in 30 vehicle models on the road and are being used in hundreds of autonomous test vehicles, the company said in January. Intel and Mobileye had already teamed up with BMW and plan to introduce fully autonomous cars by 2021. The companies are dispatching a fleet of 40 self-driving 7-Series sedans this year to hone systems for complex urban traffic.

Intel has its European headquarters at Leixlip, Co Kildare, where it employs some 5,000 people.