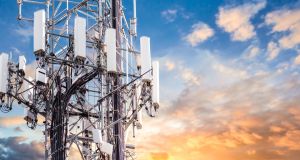 Customers complained of calls not connecting or dropping on all networks, and slow or non-existent data connections.

The issue appeared to originate with Three Ireland, which said it had a “power issue” at one of its data centres, potentially causing knock-on effects for other networks as customer repeatedly tried to place calls to the affected numbers.

Website Downdetector.ie, which tracks reported problems, showed a spike in complaints of problems for the networks over the morning and early afternoon. However, a spokeswoman for Vodafone Ireland said there were no issues on its networks.

Users of all the major phone networks took to Twitter to vent their frustration about the outages, complaining that their phone service was down at a crucial time for the State.

Earlier on Thursday, Mr Varadkar announced plans to close schools, colleges and cultural facilities to try to slow the spread of Covid-19, with creche facilities also closing from 6pm on Thursday until March 29th at the earliest.

Three Ireland apologised for the inconvenience to customers, and said the network problems had been resolved.

Concerns had previously been expressed about the resilience of broadband connections to withstand extra pressure from the number of extra people working remotely.

Both Virgin Media and Eir had said just 24 hours earlier that their networks were robust enough to manage any coronavirus-linked surge in use as a result of home working.