Losses rise at PolarLake as doubts cast over its future 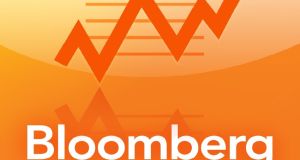 Accumulative losses at PolarLake, an Irish enterprise software company that was acquired by Bloomberg in 2012, rose to more than €100 million last year, newly filed accounts show.

The company’s auditor Grant Thornton said in a note included in the accounts that “a material uncertainty exists that may cast significant doubt on the company’s ability to continue as a going concern”.

PolarLake was bought by the financial data giant for a reported $25 million (€21 million) in 2012 but was allowed to operate as an independent business unit within Bloomberg.

The data management software provider, which spun out from Irish technology company Xiam in 2001, reported pre-tax losses of €14.2 million last year, down from €23.6 million in 2016 as turnover rose from €9.7 million to €10.3 million.

John Randles, the Limerick man who led the company from 2006 onwards, including after its sale, left PolarLake last year. He is now chief executive of Galway-headquartered data firm Siren, which raised €3 million in seed funding in February to help bring its technology to new markets.

The latest accounts show accumulated losses for the company totalled €100 million at the end of 2017, up from €85.9 million a year earlier. The shareholders’ deficit climbed from €73.5 million to €87.8 million.

The company received written confirmation of continued support from Bloomberg for at least 12 months together with a statement that it would not seek repayment of loans from other companies within the group. PolarLake owes €96.3 million to group undertakings, the accounts show. This compares with €85.8 million a year earlier.

PolarLake, which is now led by Warren Buckley, employed 128 people at the end of last year, up from 101 a year earlier. Staff costs, including wages and salaries, rose from €12.4 million to €14.3 million over the recording period. Directors’ remuneration fell from €1.75 million to €609,165.

The company had unrecognised tax assets of €9.4 million at the end of last year, representing €88.3 million of losses carried forward, it said.