Darknet Diaries: Tales from the dark side of the web

This podcast looks into stories of hacking, malware, cryptography, botnets and the like 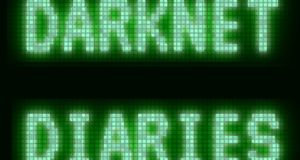 Cybersecurity expert Jack Rhysider has turned his talents to a podcast series chronicling tales from the dark side of the internet. Darknet Diaries is very much in the vain of This American Life, where storytelling is mixed with investigative techniques to provide a strong narrative with real people at its core.

As the name suggests, this podcast looks into stories of hacking, malware, cryptography, botnets and the like. One particular episode that stands out is a deep-dive into the backstory of a hacker named Finn. Rhysider first talks to Finn about a Twitter hacking incident but soon finds out more. Finn has Asperger’s and ADHD, and his mother talks about his difficulty with traditional schooling and his affinity for computers.

Finn talks about being bullied and how he found it easier to make friends online. What’s fascinating is the evolution from curious kid into hacker; he starts messing around on the home computer and ultimately figures out how to hack his high school’s network, but elements of loneliness and feeling like an outsider come into play as much as bad behaviour or boredom.

1 Election 2020: Parties' pledges on housing simply don’t add up
2 First-time buyers drive growth in mortgage values and volumes
3 Britain after Brexit will not be alone, but it will be lonelier
4 Marlet snaps up 1.8 acre Sandyford site for €17m
5 Housebuilder Glenveagh to build 2,650 more homes than planned
Real news has value SUBSCRIBE