Irish are the biggest international online shoppers in the world 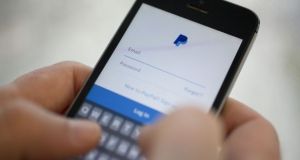 Irish consumers are more likely to opt for international online stores rather than local ones, according to new research that shows we spent €2.7 billion at foreign-owned websites last year.

Lower prices, greater product variety and affordable shipping rates are among the key reasons cited as to why Irish shoppers prefer to buy at international stores at the expense of local ones. In contrast, consumers said they are put off from shopping at domestic websites due to high delivery fees and return shipping costs.

According to the study, an estimated 2.2 million consumers made at least one purchase from an overseas online retailer in 2017, compared with 2.1 million who stayed local by buying from an Irish-owned website. Moreover, almost half a million people – 19 per cent of all Irish online shoppers – solely bought from websites outside of Ireland last year.

Louise Phelan, PayPal’s vice president for continental Europe, Middle East and Africa, said that with online spend growing at 20 per cent year on year in the Republic, Irish retailers are missing a golden opportunity to grow their business.

Mobile spending meanwhile is expected to grow by 61 per cent in 2018 alone to €2.8 billion.

Ms Phelan, formerly country manager for PayPal in Ireland, said while Irish consumers are currently showing a preference for international retailers, all is not lost.

“There is a huge opportunity for Irish businesses to take some of the expected €10.1 billion spend by consumers. Merchants need to make sure their websites are easy to use, mobile friendly and can facilitate payments,” she told The Irish Times.

“There are huge numbers of consumers ignoring Irish retailers online at present. Merchants need to ensure that when consumers are searching for a product that they end up on an Irish website first and that those sites are easy to navigate so that they make purchases,” she added.

1 Hugo MacNeill steps back from Goldman Sachs role
2 Should AIB compensate me for upsetting letter on arrears?
3 Irish company paid €1.2m a year by collapsed Blumenthal-linked Australian restaurant
4 Why bosses should not be afraid of speaking out on Instagram
5 Poll on second election, concerns over Irish pension gap, and Ireland’s rich list
Real news has value SUBSCRIBE