Cable giant, which has 371,100 subscribers, says some customers were having problems 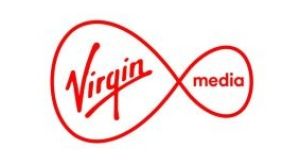 Virgin Media has said that engineers have resolved issues that led some broadband customers to experience difficulties with services. The company said on Tuesday that it was aware that some customers were having problems availing of broadband services.

The official comment comes after customers from across the country reported issues on social media.

Broadband customers have been advised to re-start connections as in some areas services have already been restored.

The cable giant has 371,100 broadband subscribers in the Republic.

1 Retailers accused of ‘stealing business’ from rivals by flouting restrictions
2 In praise of Gogglebox Ireland, an essential service in all but name
3 Outgoing Irish a sitting duck for Covid
4 Guinness brings out a non-alcoholic version of the black stuff
5 Goldman Sachs in talks to take over Blanchardstown shopping centre
Real news has value SUBSCRIBE