Company provides services to big mobile operators such as Digicel, HGC and Telenor 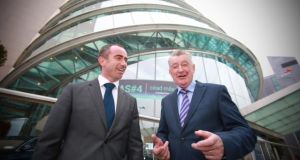 Mobile telecoms software company Anam Technologies has secured €2.35 million in investment in recent months as it looks to build on a number of recent big contract wins overseas.

The company, a fast-growing SMS firewall and application-to-person (A2P) service provider, filters billions of messages on behalf of mobile operators for more than 350 million subscribers across 65 countries.

Anam, whose technology helps mobile operators to increase revenue per user by reducing the amount of spam in their networks, has secured major contracts with leading operators such as Deutsche Telekom, Digicel, HGC, Orange, Tele2 Russia and Telenor.

Anam last week secured €350,000 in funding from Enterprise Ireland to aid global expansion and for further research and development by the company into analytics and anti-fraud security.

Mr Kelly, a former director of Kentz, and Mr Rahman, who previously stepped in to help rescue the engineering group from examinership in 1994, acquired the assets of the former Anam Mobile in 2012. Mr Rahman, executive chairman of the Peremba Group of companies, has invested at least €2 million in Anam over the last six years, while Kellysan Enterprises has put in about €5 million.

The latest investments are in addition to a working capital loan from BMS Finance, which was announced last November.

Anam, which employs 55 people, typically bears a lot of the upfront costs in new contracts and then shares in the revenue gains from such investments.

Chairman Darragh Kelly told The Irish Times that Anam was seeing a lot of growth in a number of markets and in particular in Asia, where the company employs eight people in its offices in Kuala Lumpur.

He added that revenues were increasing year-on-year by at least 25 per cent.